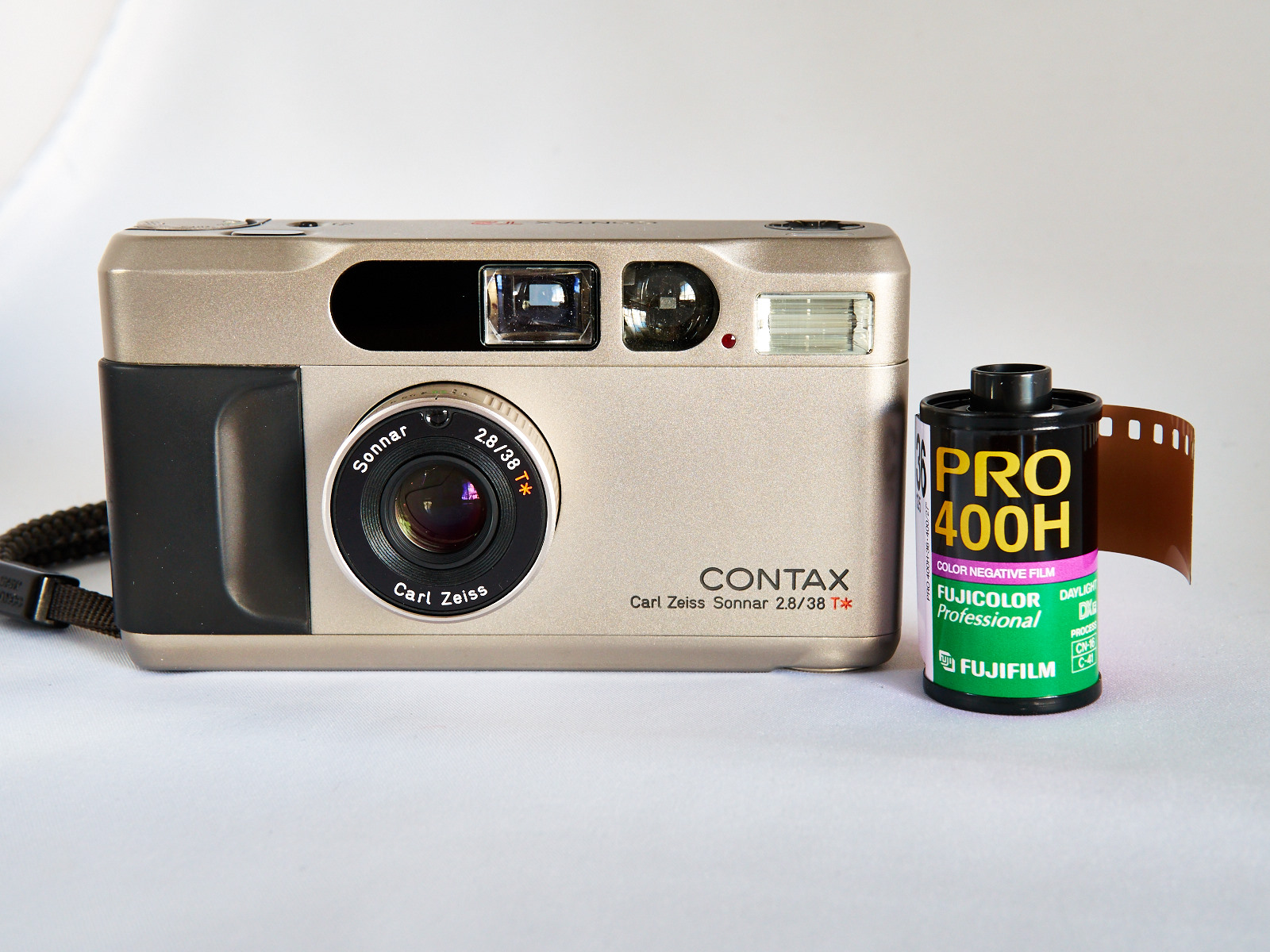 An idea struck me while reading The Essence of Photography. In the section, Improving Your Seeing with Film, Bruce Barnbaum wrote: “For digital shooters, it could be helpful to spend a couple hours every month or two shooting with film…”

His idea is that this activity could serve as a training regimen for careful planning and seeing. Film is a more valuable commodity than pixels, and as a result, we tend to slow down and concentrate better when we only have 36 frames available in the camera. 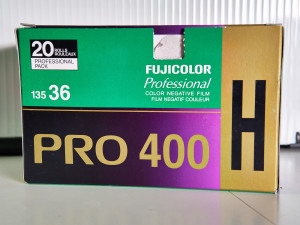 So I decided to test Bruce’s theory. My personal challenge will be called The Film Project. I’ve settled on using the Contax T2 that’s been stored in a drawer at the studio. It sports a 38mm f/2.8 Carl Zeiss Sonnar prime lens. I can shoot in program mode or aperture priority using the click stops that range from f/2.8 to f/16. The T2 sports both autofocus and manual focusing. And most importantly, it measures a mere 5″ wide by 2.5″ tall. (After all, I am The Nimble Photographer).

In the refrigerator, I’ve got a stash of Fujicolor Pro 400H 35mm film, with an expiration date of June 2007. At ISO 400, it should give me decent latitude to work in a variety of conditions. I have 16 rolls remaining.

My plan is to shoot one roll a month, starting December 1, 2015 and ending on November 30, 2016. I will then have time to create the book displaying my favorite images and have it ready by the end of 2016. 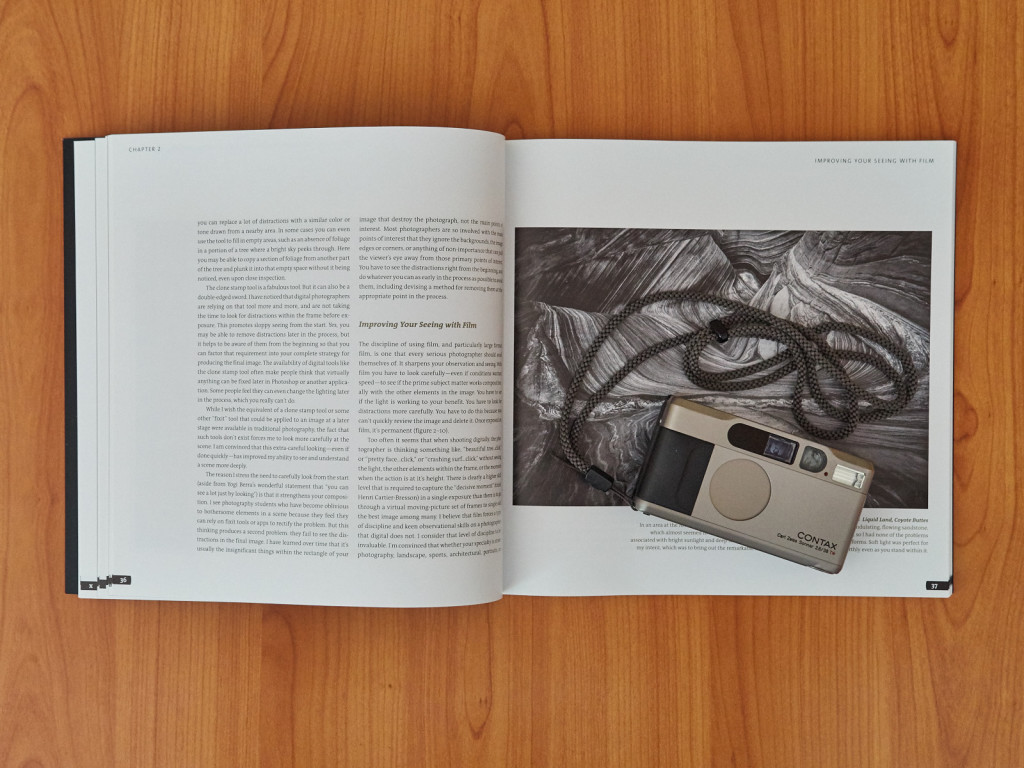 Since I’m working with analog photography, I’m going to keep a journal on my iPhone to accompany each image. I settled on using the Day One app because it’s easy to use, backs up data to iCloud, and lets me include photos with the entries. I’ll take a companion shot with the iPhone for reference, so I can match up the entries with the film shots.

The first image of this project will be of me standing at the computer reviewing this blog post. These are the sort of things that happen when you read books.