Focus, Resolution, and Sharpness in Photography

This is an excerpt from 50 Things Photographers Need to Know About Focus by John Greengo.

Why Focus is So Important

ACHIEVING PROPER FOCUS is critical because it can’t be adjusted, fixed, or repaired after the photo is taken. It must be set correctly before the shutter is clicked.

There have been many demonstrations by tech companies, as well as fictional examples, that show how someone could take an out-of-focus photograph and sharpen it in a software program. You can almost hear them saying, “sharpen and zoom in.” I’m sorry to burst your bubble, but it’s all made up. It doesn’t exist. Adobe Photoshop has been around for more than 30 years and the best it can do to bring focus to a blurry photograph is a feature called Smart Sharpen, which adds a bit of contrast to the edges of your subject, giving the illusion of adding bit of sharpness. In 30-plus years of software development, there has been no real progress in taking an out-of-focus photo and turning it into a sharply focused image.

An out-of-focus image is a problem everyone can easily identify. The only reasons to keep an out-of-focus photo are either personal, emotional reasons; if it happens to be of a critical news event; or if it was an intentional, desired result. When culling through my own images, if it’s out of focus, it’s headed for the garbage. 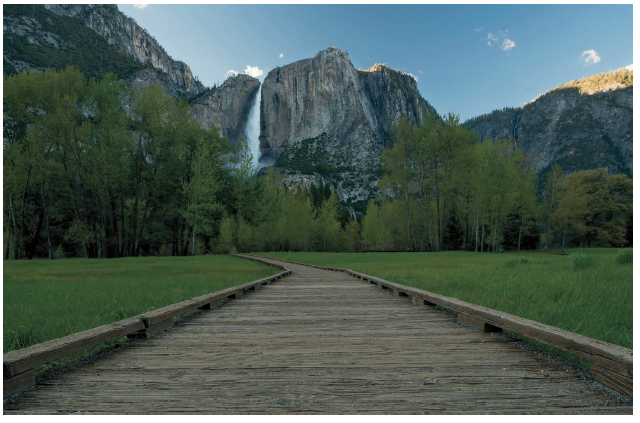 I’ll often look at an out-of-focus image closely to try and determine what went wrong. There are a limited number of issues, and sometimes the metadata can reveal whether the problem is the shutter speed, focal length, or aperture. I have no problem with deleting out-of-focus images because I don’t believe a “rescue” in the form of fix-it software is going to become available in the foreseeable future. A software program that sharpens blurry photos is an exciting concept, but it doesn’t exist in practicality so far. Any software program is going to struggle to create data where none existed in the first place. For example, if you take a photo of your friend wearing a patterned blue shirt and your resulting photo is wildly out of focus, the blue shirt is going to look like a giant blob in various shades of blue. Without knowing what the shirt really looks like, current software programs have no hope of recreating this lost information.

Potential future technologies may allow focusing after the image has been taken. There was a lot of excitement surrounding a new technology called the light-field camera. It captured light differently from conventional photographic systems and as a result, images could be refocused after the fact. The idea was that every time you took a photo your camera actually took a series of photos with every imaginable focus option and saved it as a single file. Then, upon reviewing the photo, you could change the focus point or the depth of field.

Despite the fact that the technology was widely acclaimed and praised as a great innovation; and despite more than $140 million dollars of investment and two different actual products being brought to market; the idea never caught on. There were many reasons why this product didn’t succeed, but regardless, it’s an example of the fact that solving the focus issue is difficult. I’ve no doubt that software programs will make incremental improvements, but a software breakthrough that “fixes” the focus problem is unlikely in the near future. 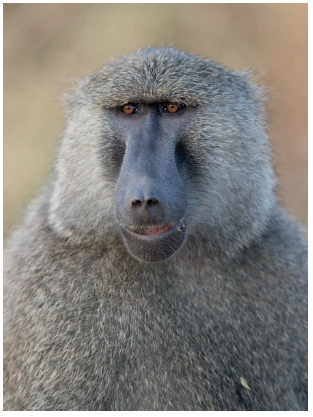 For the time being, we’re stuck with getting things right in the field. Not to worry; there have been numerous advancements with cameras that will assist you in achieving perfect focus. Simplistic autofocus systems introduced in the 1980s have come a long way and now offer new features such as subject tracking. Unfortunately, all this technology is accompanied by confusion because each manufacturer has their own unique system with its own controls. While it’s beyond the scope of this book to cover every camera in detail, the industry as a whole is well covered. Differences between cameras are surprisingly small, and the general operation is often similar from system to system.

Issues of focus are usually related to the focusing of the lens, but there are a number of things that impact the clarity of an image—lens quality, shutter speed, and depth of field—that we’ll tackle in this book. Whether you rely on modern autofocus systems or prefer to work with manual lenses, this book will help you bring your images into sharp focus. 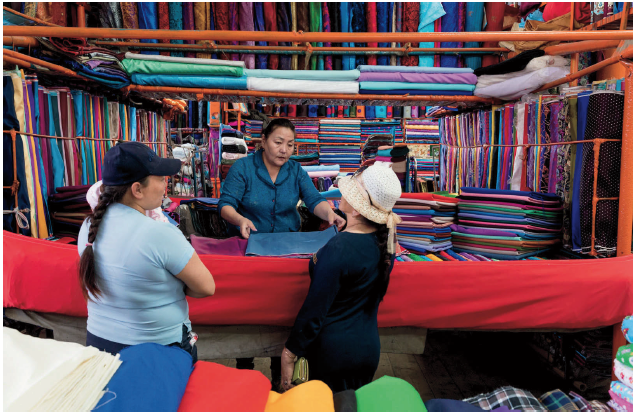 WHAT IS FOCUS? In the world of photography, focus refers to light rays passing through a lens and converging on the imaging device. This is generally accomplished by a lens element, a group of lenses, or the entire lens moving so that an image can be formed on the imaging sensor.

Inadequate lenses were a notable problem as digital cameras rapidly moved to higher and higher resolutions. Some users moving to higher megapixel cameras were still using older lenses that couldn’t resolve the necessary detail the high-capacity sensors were capable of. Owners would complain that the images from their new high-megapixel camera didn’t look any better than those from their old camera. This was because a higher- quality lens was required to resolve the necessary detail.

Focus is clearly related to resolution, but in a different part of our imaging device. Both focus and resolution must be increased if we want to see more detail in our photographs. A sharp lens on a low-resolution sensor is no better than a blurry lens on a high-resolution sensor. Two trends in the photographic world that showcase this relationship are an increase in full-frame, high-resolution cameras and the introduction of large, heavy, expensive lenses. With top-end sensors hovering in the 50-megapixels range, quality glass is a must. Nikon, Canon, Sony, Sigma, Leica, and others have been introducing fixed focal length lenses that cost multiple thousands of dollars to match the imaging potential of these new sensors. 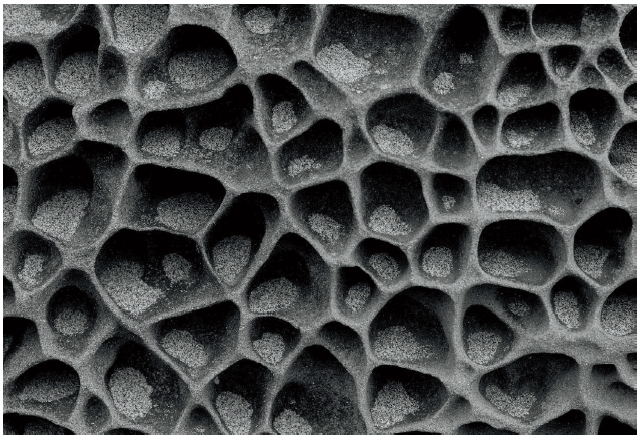 Sharpness
Obviously the optical quality of the glass elements within a lens determines a great portion of how sharp a lens is, but there are a surprising number of elements that factor into the sharpness of the image. Camera movement, shutter speed, aperture, ISO, filters, and tripods all have a role to play. In upcoming chapters, we’ll look at the most common factors that can cause an image to be less sharp than it could be.

While there are innumerable ways of creatively making unsharp images, our goal here is to figure out the best ways to achieve the highest level of sharpness. If we then want to travel down a different path, we are free to do so. Having the knowledge and using proper techniques for achieving maximum sharpness will free us to concentrate on the more creative parts of photography. 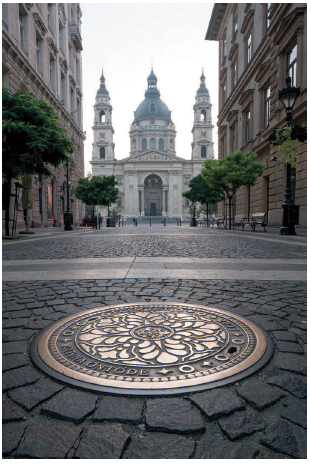 High-resolution images have more than enough detail for a wide variety of applications, including cropping and enlarging. ISO 100; 1/10 sec.; f/11; 24mm; Sony ILCE-7RM2 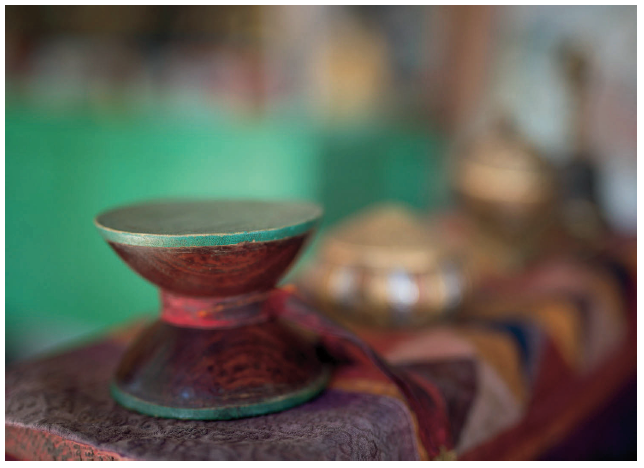 Providing a point of sharpness lets you be the director of the story in your photograph. The viewer’s eye will be drawn through the photo to these important elements.
ISO 100; 1/80 sec.; f/1.4; 50mm; Sony ILCE-7RM3