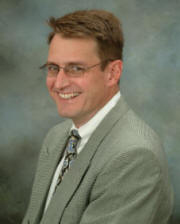 With over thirty years of software and systems engineering experience, Rex Black is President of RBCS (www.rbcs-us.com), a leader in software, hardware, and systems testing. For almost twenty-five years, RBCS has delivered training, consulting, and expert services for software, hardware, and systems testing and quality. Employing the industry’s most experienced and recognized consultants, RBCS builds and improves testing groups and provides testing experts for hundreds of clients worldwide. Ranging from Fortune 20 companies to start-ups, RBCS clients save time and money through higher quality, reduced risk of production failures, improved product development, improved reputation, and more.
Rex has authored over a dozen training courses, many of them ISTQB accredited. These materials have been used to train tens of thousands of people internationally, both directly through RBCS on-site, virtual, public, and e-learning courses as well as through a worldwide network of licensed training partners in Europe, Africa, the Middle East, Australasia, East Asia and Southern Asia. In addition to for-profit training courses, Rex has presented an hour-long, monthly, free webinar for over seven years; this webinar series has reached over 40,000 registrants. Rex has written over fifty articles, presented hundreds of papers, workshops, webinars, and seminars, and given over a hundred keynotes and other speeches at conferences and events around the world.
Rex is the past President of the International Software Testing Qualifications Board and of the American Software Testing Qualifications Board. He remains active in the ISTQB and the ASTQB. He leads the Agile Working Group, is the coordinator for the Advanced Test Manager and Expert Test Manager syllabus teams, and participates as an author and reviewer in a number of other syllabus teams as well. He holds a BS degree in Computer Science and Engineering from the University of California, Los Angeles and a Master’s Certificate in Software Testing from Villanova University. Rex is the most prolific author practicing in the field of software testing today. His popular first book, Managing the Testing Process, has sold over 100,000 copies around the world, including Japanese, Chinese, and Indian releases, and is now in its third edition. His other books on testing, Agile Testing Foundations, Advanced Software Testing: Volumes I, II, and III, Critical Testing Processes, Foundations of Software Testing, Pragmatic Software Testing, Fundamentos de Pruebas de Software, Testing Metrics, Improving the Testing Process, Improving the Software Process, and The Expert Test Manager have also sold tens of thousands of copies, including Spanish, Chinese, Japanese, Hebrew, Hungarian, Indian, and Russian editions.
You can find Rex on Twitter (@RBCS), on Facebook (@TestingImprovedbyRBCS), on LinkedIn (rex-black), and on YouTube (RBCSINC). 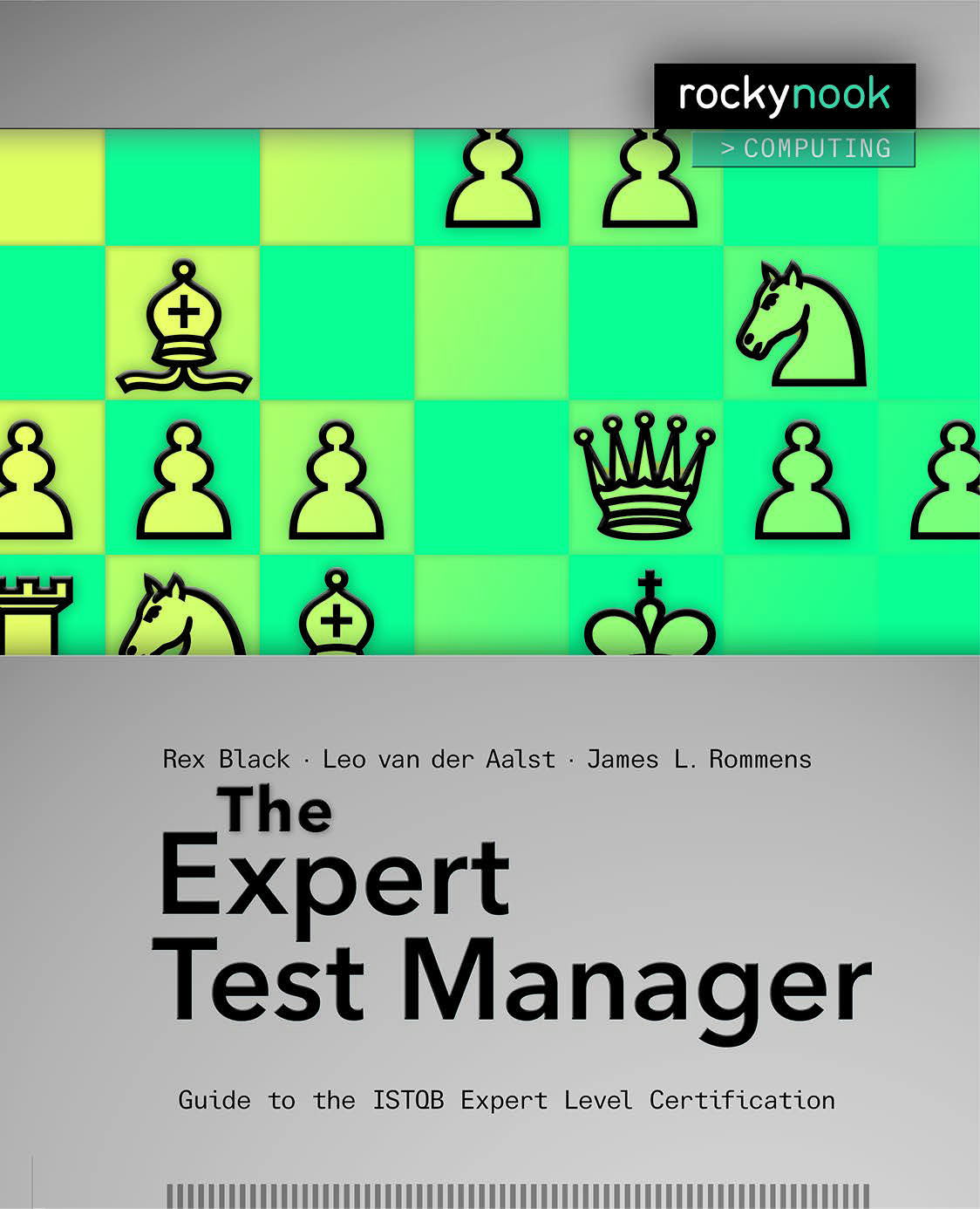 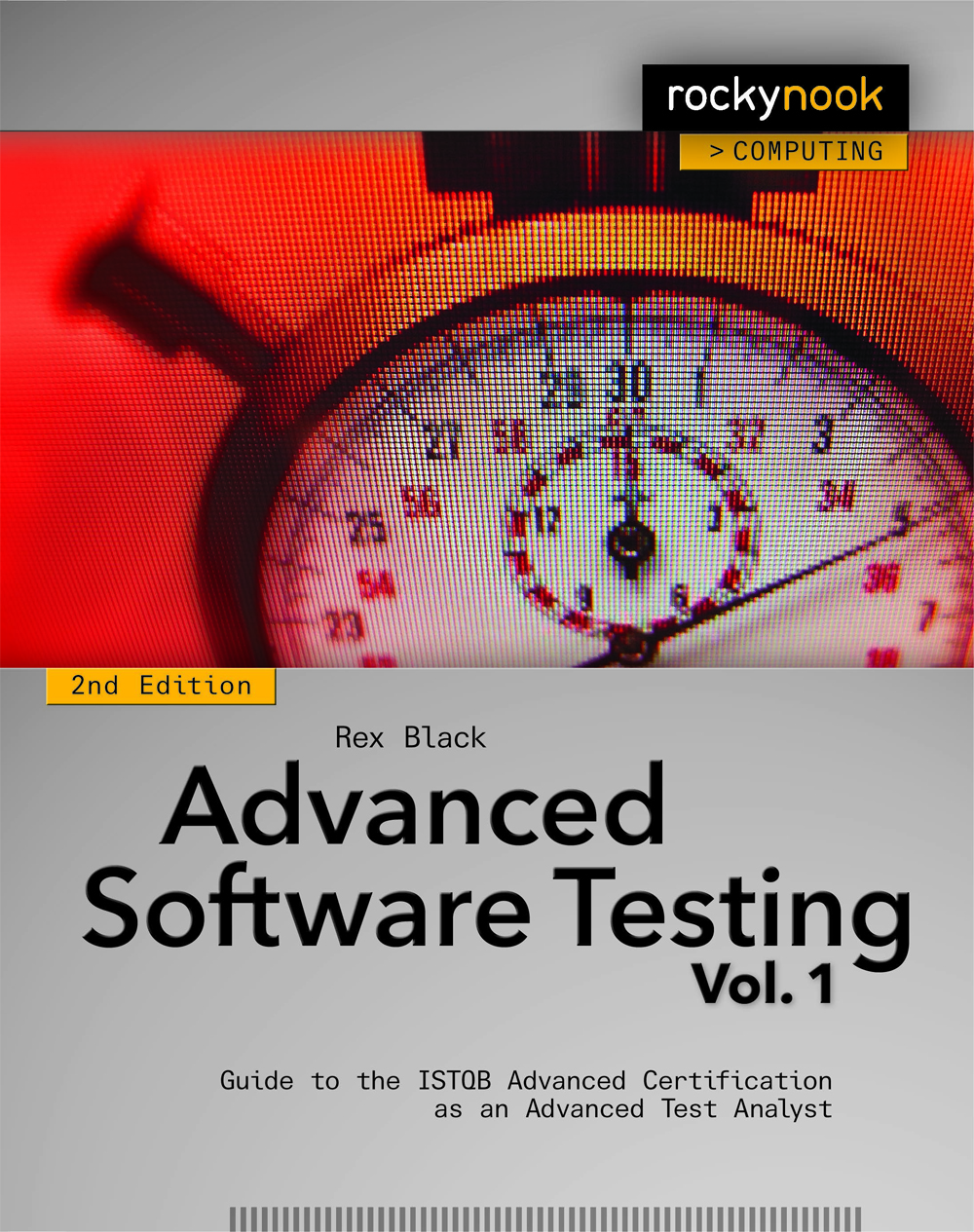 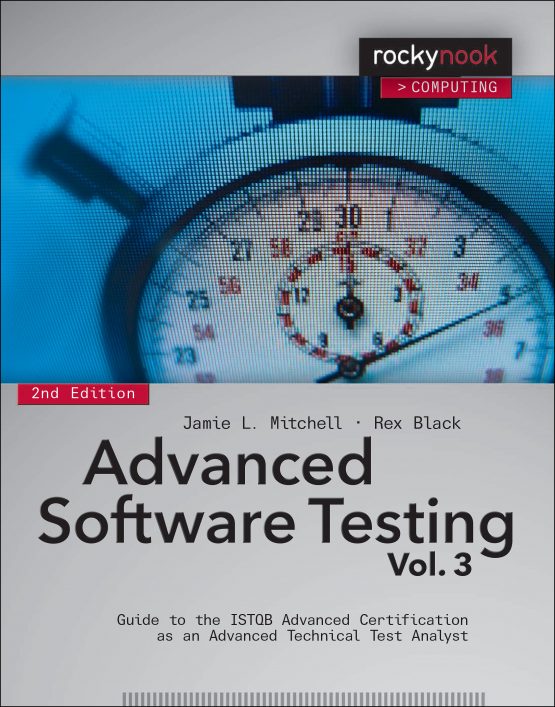 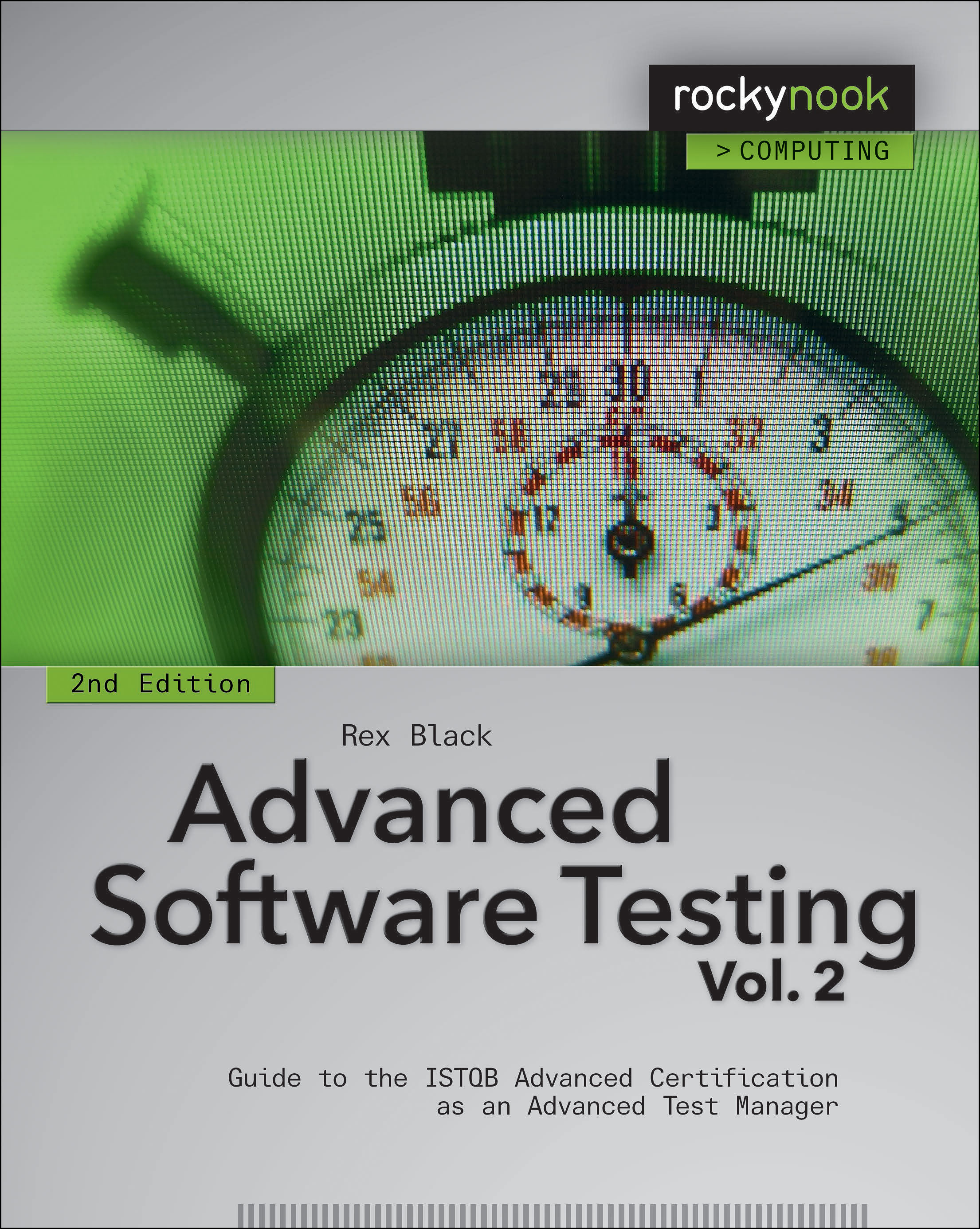