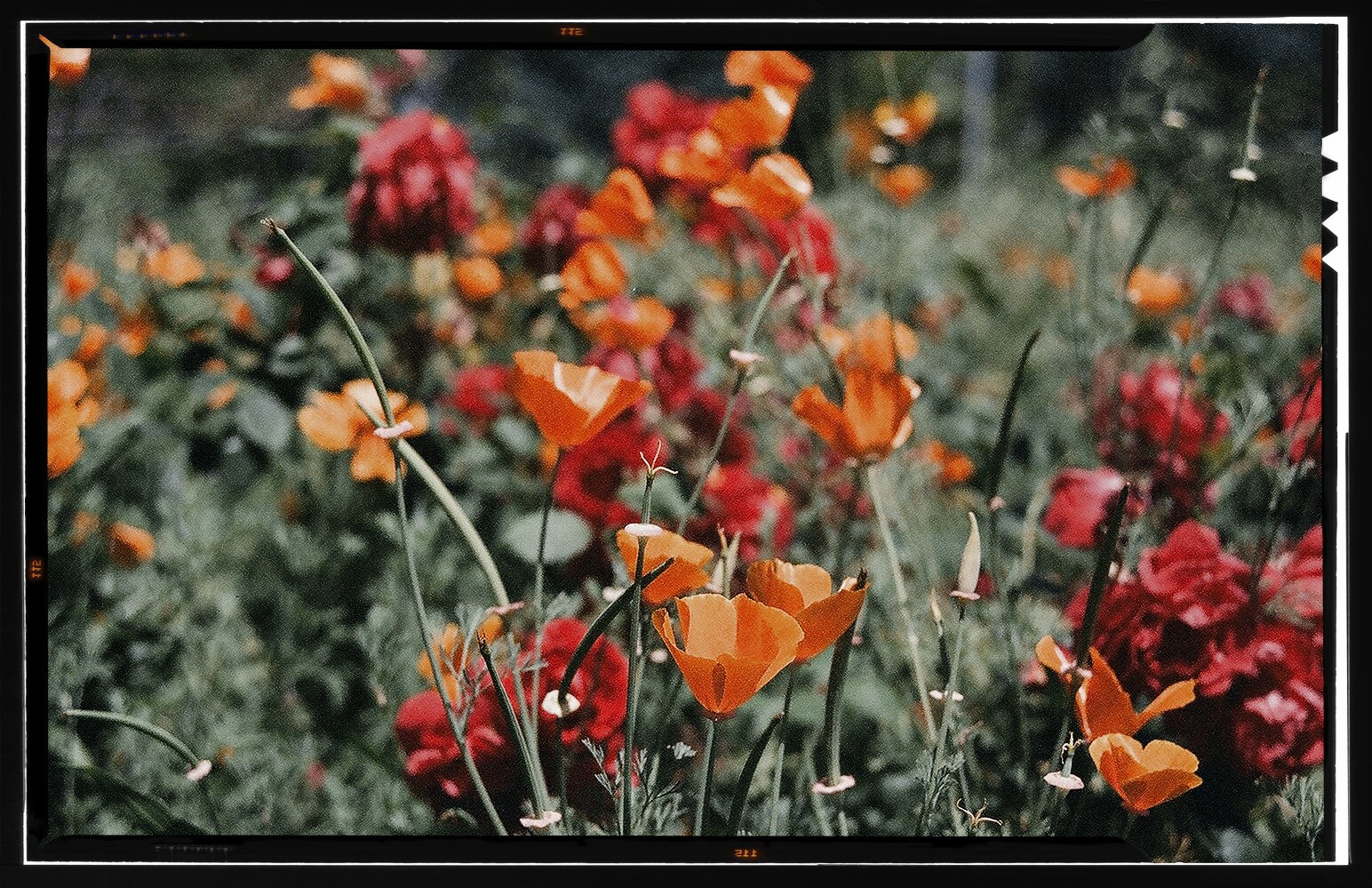 When President Ronald Reagan officially recognized May as National Photography Month in 1987, we were all shooting film. Our memories were captured on Kodak Gold 400, Fuji Velvia, and Ilford Delta.

This got me thinking… what if we honored that tradition by shooting one roll of film this May? Most veteran photographers have an analog camera stashed somewhere in the closet. Wouldn’t this be the perfect time to dust it off, find a roll of film, and shoot 36 exposures during the celebration?

Then, send off your film to one of these film developing labs and see what you get. Maybe even make a print of your favorite.

I wouldn’t worry too much about the film you use. Most of the exposures I make these days are with expired rolls of 35mm. For example, the Poppies image at the top of the article was captured with a Contax 159MM and a Zeiss 35-70mm f/3.4 zoom on Fujifilm Superia 400 that expired in March of 2005. I then played a bit more with the image in Alien Skin Exposure X to get the vintage look I was after.

One of my 1990s Zeiss lenses for Contax mounted on an Olympus OM-D mirrorless body.

Another way to go, if you don’t want to shoot film, is to adapt an older SLR lens on to one of your digital bodies. Adapters for Micro Four Thirds, Sony mirrorless, and DSLRs are plentiful and reasonably priced. And you might be pleasantly surprised with the look and feel of the resulting image produced using your analog/digital hybrid.

Shoot a roll, adapt a lens, something else… what will you do for National Photography Month?

If you want to learn more about analog, take a look at The Film Photography Handbook and visit theAnalogstory.com.