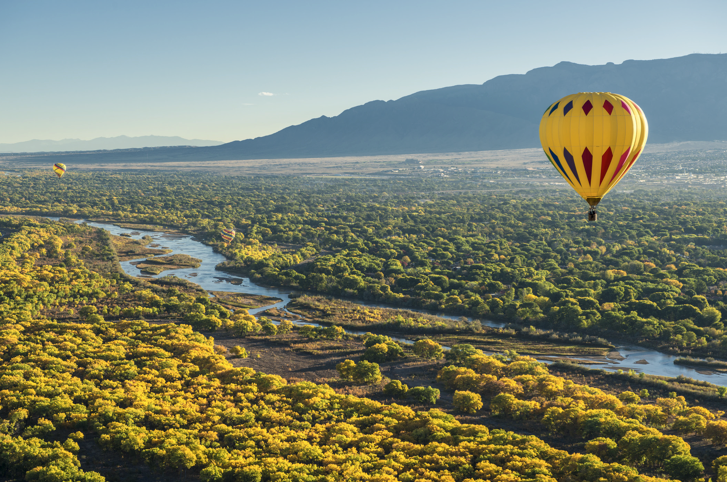 From The Nikon Autofocus System by Mike Hagen

Aerial photography encompasses quite a few disciplines, including shooting from a moving airplane, helicopter, or hot air balloon. It also includes photographing the landscape from the air or photographing aircraft from inside another aircraft. Luckily, no matter how you’ve found yourself up in the sky, there are few universal aerial photography tips, tricks, and settings to remember!

Creating sharp images from an airplane or helicopter requires you to reduce vibrations while focusing accurately on your subject.

The most common problem encountered when shooting from helicopters and small airplanes is not using a fast enough shutter speed to prevent motion blur from the vibration of the aircraft. The two most important tips are: Shoot at the fastest possible shutter speed and don’t lean against the vibrating aircraft. I suggest shooting at a minimum shutter speed of 1/500 s or faster. Speeds of 1/2000 s and faster will improve the sharpness of the image. Use a higher ISO setting if you need faster shutter speeds. Use active VR to further eliminate vibration.

When you’re in an airplane, you’re often at least 1,000 feet above the ground. At this height, the focus dis¬tance to the ground is effectively infin¬ity. Set your camera at the infinity mark on your lens and leave it there for your entire photo shoot. Many photographers manually set their lenses to infinity and use gaffer’s tape on the focus ring to prevent it from rotating.

Use AF as you get closer to the ground, especially with a longer lens, like the 70–200mm or 300mm f/2.8. If you end up photographing other air¬planes while you’re in the air, use AF to track the movements.

When shooting through a window, shoot at a wide aperture, like f/2.8 or f/4. It’s common for the glass to have scratches and grime, so a wide aperture will limit the DOF to help ensure that the blemishes won’t show in your final images. If you are lucky enough to shoot in an aircraft without a door or window, use apertures of f/5.6 to f/8 to maximize the sharpness of your lens. 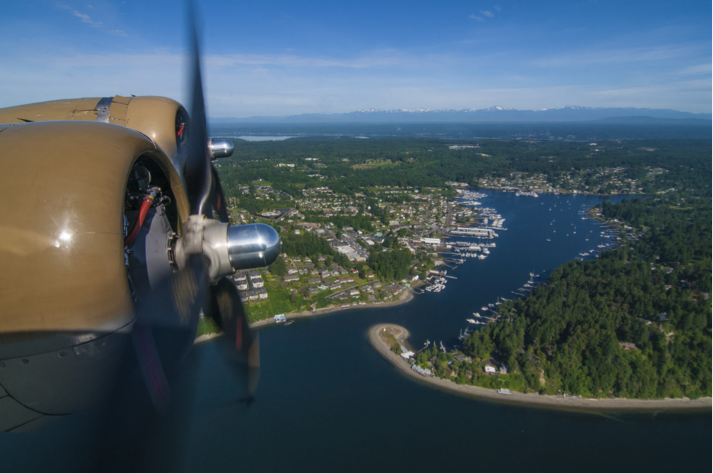 To learn more, check out the full version of The Nikon Autofocus System by Mike Hagen today