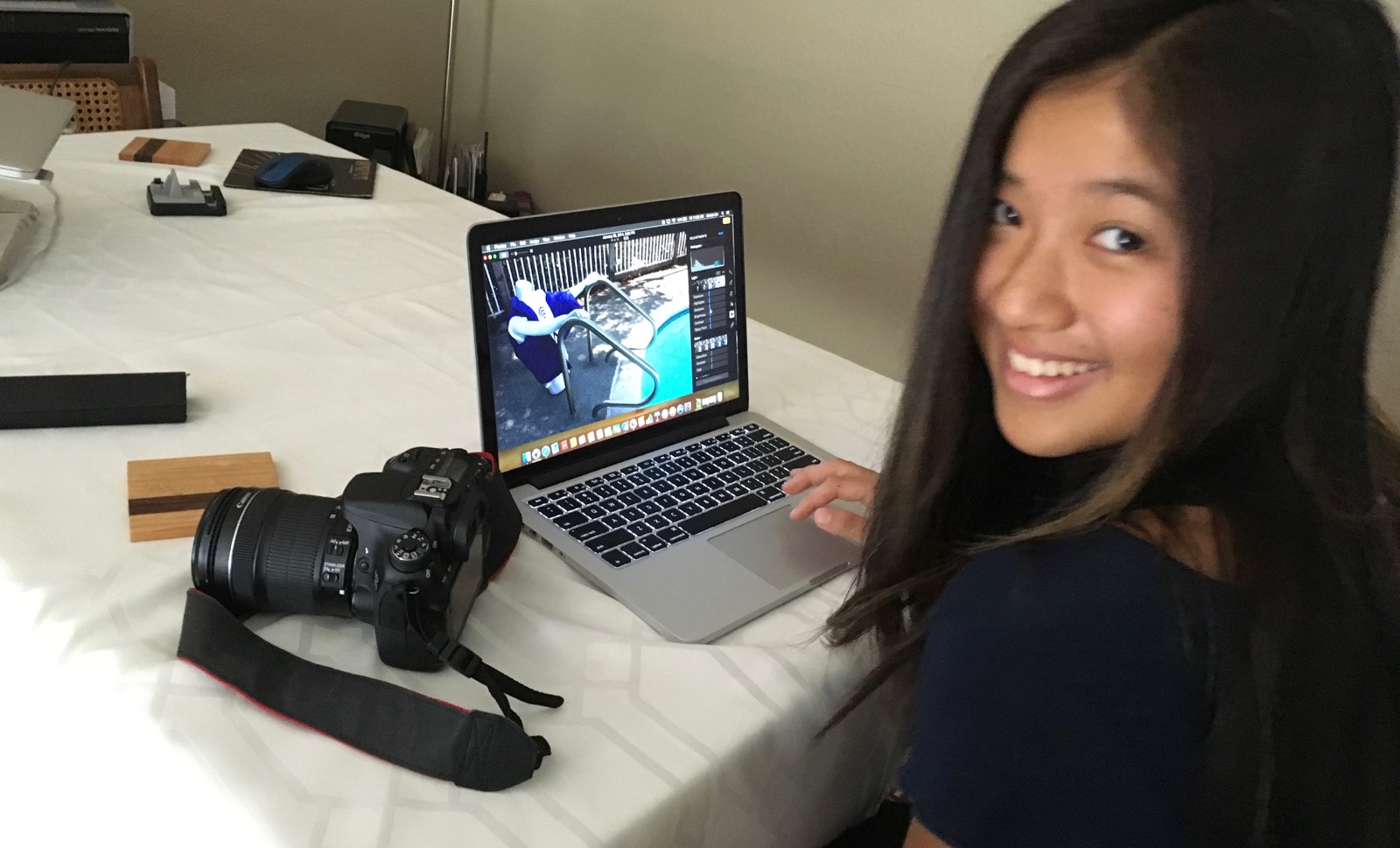 Beyond the Classroom August 23, 2016 – Posted in: Photography

The last job I had in Southern California was running a graphics department for the National Association of Underwater Instructors. I handled most of the topside photography, but for really complicated jobs, we hired a commercial photographer who had set up shop next door.

The first time I walked into his studio, a voice called to me from the back. I navigated through a maze of soft boxes and light stands to find him examining a set of slides spread out on his light box.

“Come over here. Take a look,” he said. “Which of these do you like best?”

I looked at him, smiled, then took the loupe from his hand and bounced from slide to slide like bee in a lavender patch.

“I like this one,” I said. “The angle is perfect. And the reflections are just right.”

“OK, good enough. Hopefully the client will agree with you,” he said taking the loupe back and setting it carefully on his desk.

That was the beginning of my apprenticeship with the best commercial photographer I’ve known. He was talented, and he was a Brooks Institute graduate.

Over the next few months, I learned studio lighting, medium format shooting, and how to prepare for a big wedding assignment. Dennis never held back information nor failed to share anything that he had learned at Brooks or on the job.

Prior to my study with Dennis, I had never heard of Brooks. I was a news photographer and an English major. But by the time I was ready to leave the San Gabriel Valley for the next chapter of my life in Northern California, my opinion of Brooks Institute was that it was The Place in California to study photography.

In the years that followed, I met more graduates and a few instructors from the Santa Barbara campus. And I thought of each of them when I learned that Brooks Institute was closing after 70 years of education. That news made me sad. In a lot of ways, I felt like I was a graduate too.

I had learned the lessons of Brooks through a working guy who took me under his wing and taught me what he knew. So even though those doors in Santa Barbara had closed, the teaching can continue. In fact, I think sharing high level photography technique is more important now than ever.

So maybe there are ways that you help the next generation of photographers. Certainly, the books offered here at Rocky Nook can be part of that equation. But even more important is how you can bring those words to life through discussion and hands-on training.

I’m disappointed that there will no longer be graduating classes from Brooks. But I have faith that we can help keep alive the tradition of teaching photography to those who share the passion that has fueled our careers.

By the way, my favorite trick that I learned from Dennis was wrapping discarded Polaroid boxes with aluminum foil and using them as small reflectors for product photography.

I sure miss that guy.

Author’s Note: Speaking of change, this will be my last blog post for the Rocky Nook. I’ve enjoyed this time with you. And I will continue writing at thenimblephotographer.com. -Derrick