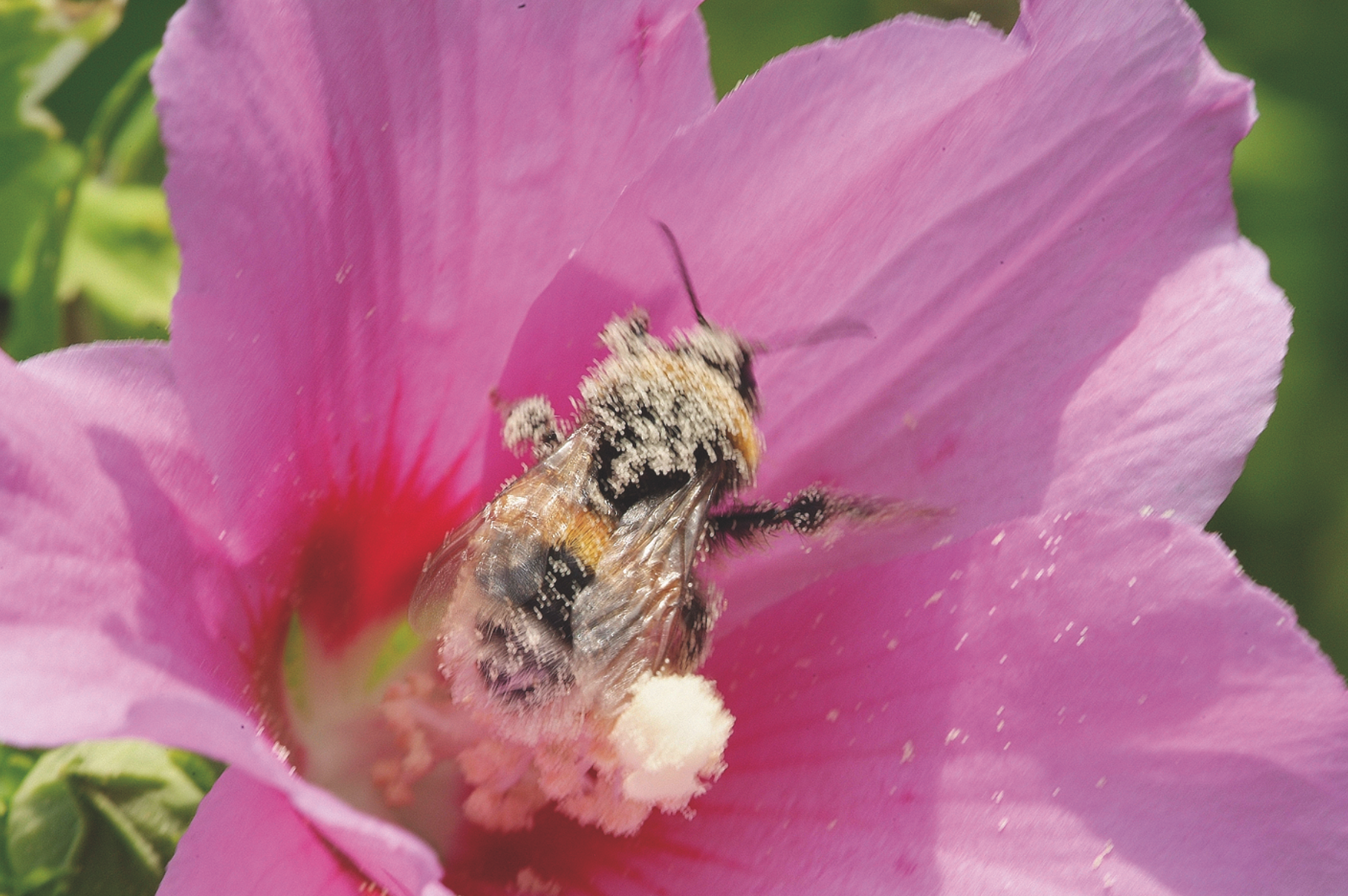 From “The Complete Guide to Macro and Close-up Photography”—Available Now!

Macro photographs feature depths of field that are especially shallow, which means that focusing precisely and minimizing camera shake are of paramount concern. Even when exercising extreme caution, blur can still ruin your images—sometimes it arises due to technical limitations, but often it is because certain errors made their way into your exposure techniques. When this is the case, go over your process for exposing your images and more times than not, you’ll find a way to improve your process in a way that you previously hadn’t considered. 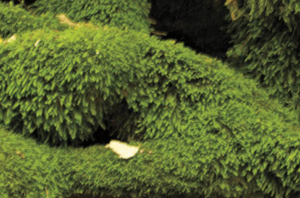 This photo turned out blurry despite using a tripod. With a shutter speed of 1.3 s, the vibrations caused by pressing the shutter release are significant enough to be problematic. 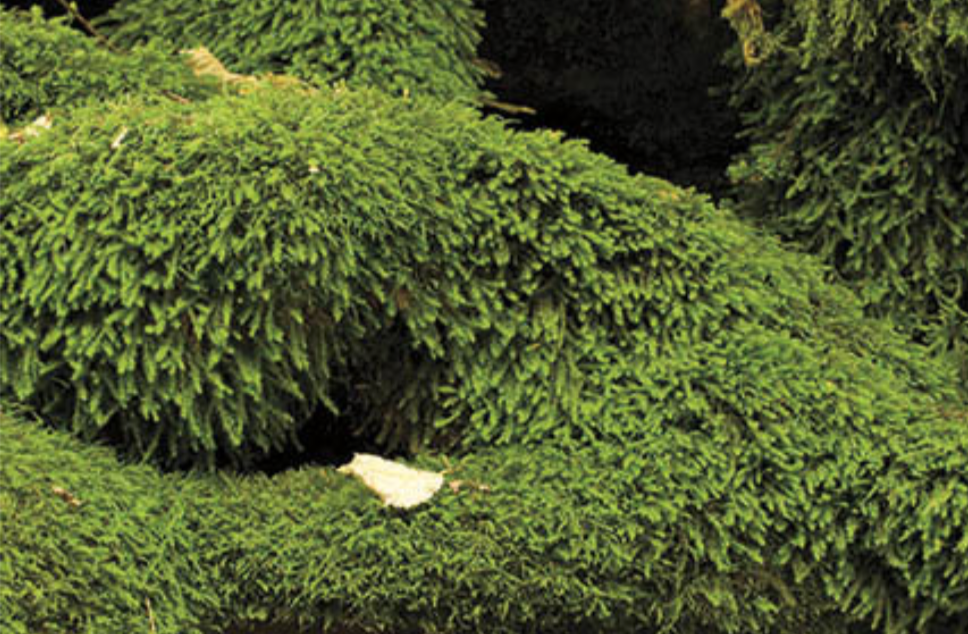 A tripod can help if you’re trying to avoid altering the aperture. Using a tripod limits how spontaneous you can be, so don’t use the largest model on the market. Instead bring a compact one with you and use it only when circumstances demand it.

A tripod is not a cure-all antidote for camera shake issues, however: how you trigger the shutter release also comes into play. Even photos shot when using a tripod may end up with blur. One cause of camera shake with DSLR cameras is the resulting vibrations that occur as the mirror swings up to allow light to reach the image sensor. Some cameras have a mirror lock-up option that eliminates this problem, but in most cases you’ll want to employ a remote shutter release system to get around problem when working with a tripod. An infrared trigger is ideal, but wired systems also do the job. If no such option is available, use the camera’s self-timer. When shooting with a magnification greater than 1:1, you probably don’t want to rely on focusing using the lens anymore. Instead, you’ll be able to make subtler adjustments if you mount your camera to focusing rails.

Upping the sensitivity setting is another way to get shorter shutter speeds. Even just a few years ago, this tip wouldn’t have been advisable, because higher ISO values led to increased image noise. Today, however, many DLSRs are capable of producing clear images at ISO 1600 and higher. Bridge cameras and compact cameras have also made progress with respect to noise performance, offering good image quality at ISO 400. Much beyond that limit, however, and reproduction in the details tends to suffer. 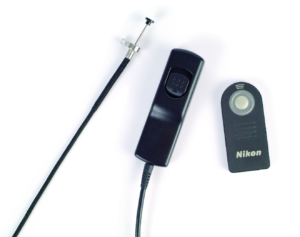 Camera manufacturers offer two different types of technology to compensate for camera shake. The goal of both methods is to counteract the movements caused by camera shake to produce sharp images even with slower shutter speeds. The first method is a stabilization system built into the lens itself, which causes elements of the lens system to move. The second method is built into the camera and causes the position of the sensor to adjust. That’s it for the theory of these methods. In practice, image stabilizers are a tremendous help when it comes to shooting freehand in poor lighting conditions.

The general effectiveness of these systems depends largely on the conditions you’re shooting in. Even though image stabilizers allow for relatively sharp images with longer exposure times, they won’t stop moving objects from creating motion blur in your pictures. Some people claim that when shooting from a tripod with image stabilizers activated the ultrasonic motors will introduce slight touches of blur. But there are special image stabilizer modes that can be activated to prevent this when using a tripod.

Thanks to image stabilizers, it’s still possible to achieve sharp images while shooting handheld at 1/20 s 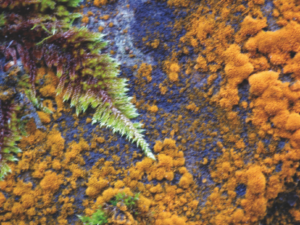 At an exposure time of 1/6 s, however, we’ve reached the limits of the stabilization technology and visible blur resulting from camera shake is creeping into the image

Many DSLR cameras models allow photographers to lock the mirror up in advance of actually exposing an image. This feature enables you to eliminate the possibility that the mirror’s swinging motion could cause the camera to shake and introduce unwanted blur into your pictures. When using this feature, it goes without saying that you should also be using a remote trigger system. And this method is viable only when you’re shooting perfectly stationary subjects, because as soon as you lock the mirror up, your viewfinder will go black and you won’t be able to react to any changes in your subject. If you’re taking pictures of plants on a windy day or animals on the prowl, this option won’t be practical.

Sometimes a small reflector can create a big impact. Using a small piece of white cardboard or a foldable reflector is often an effortless way to brighten up a subject. You can similarly use an LED lamp or a flashlight, although in this case, you need to consider any mixed lighting situations that would lead to unwanted color casts. Creating fill flash with the camera’s built-in flash is another way to get sharper images. But the increased sharpness here is not owed to a faster shutter speed but to the ultra-brief pulse duration of the flash itself.

A makeshift windscreen is yet another viable option for countering motion blur if you’re trying to get grass or similar subjects to stand still. No such luck if you’re photographing a moving animal. If it’s impossible to eradicate motion blur entirely from your images, you might consider deliberately featuring it as a conscious design element in your photo. In many cases, thoughtfully included elements of blur can give pictures more life than the same subject captured perfectly still. 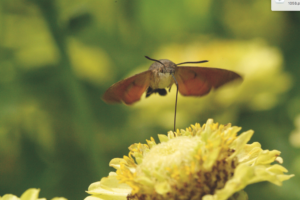 A hummingbird hawk-moth on a blossom. To attempt to capture its wings sharply, I bumped up the sensitivity to ISO 1600, which allowed me to shoot at 1/1,500 s. But even that shutter speed was too slow and yielded visible motion blur in my photo. 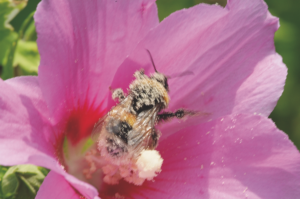 An exposure window lasting 1/60 s was too long for this heavily loaded bumblebee. I should have opened up the aperture so I could have used a faster shutter speed. f/13, 1/60 s,

Images that artfully feature both motion blur and sharpness simultaneously are often especially appealing, as this series of close-up photos of an iced-over stream shows. Just how much blur factors into such an image is dependent on the shutter speed. To ensure that some areas appear sufficiently sharp, it’s often necessary to use a tripod to stave off any unwanted camera shake from causing blur to appear throughout the image area. Another factor for the degree of blur in these images is the speed of the object in motion, which for our example here is the rate at which the stream is flowing.

The shooting distance is also relevant, however, because the relative speed of your subject will increase the closer you are to it. For this stream, which was moving relatively briskly, even a quick shutter speed of 1/180 s ended up with some blurry areas on the water’s surface while other areas were sharply in focus. Slowing the shutter speed down to 1/45 s makes the motion blur even more conspicuous, and at 1/10 s, the surface of the water is reduced to a soft, milky current.

Subjects with a slower velocity will require slower shutter speeds. Lazy waves moving around a stone on the beach, for example, may require shutter speeds up to several seconds to achieve your desired effect. Another dynamic way to incorporate both motion and stillness in your images is to use a pulse of light from a flash to freeze objects in place during a longer exposure window as you might do when photographing a leaf falling to the ground from a tree branch. This technique can be carried out in two ways, depending on your desired intentions: syncing the flash with the shutter’s first curtain or with the rear curtain.

(Left) At 1/30 s, the motion of the water is even more blurry, appearing very milky in some areas while still exhibiting some static detail in areas where the water is moving a bit slower. f/22, 1/30 s, ISO 200, 150mm, tripod (Right) Slowing the shutter speed to 1/10 s effaces nearly all of the detail from the water’s surface. The soft, milklike stream contrasts dramatically with the sharp ice structures on the bank of the creek. f/22, 1/10 s, ISO 200, 150mm, tripod

Did you like this article? Be sure to check out The Complete Guide to Macro and Close-up Photography—Available Now!