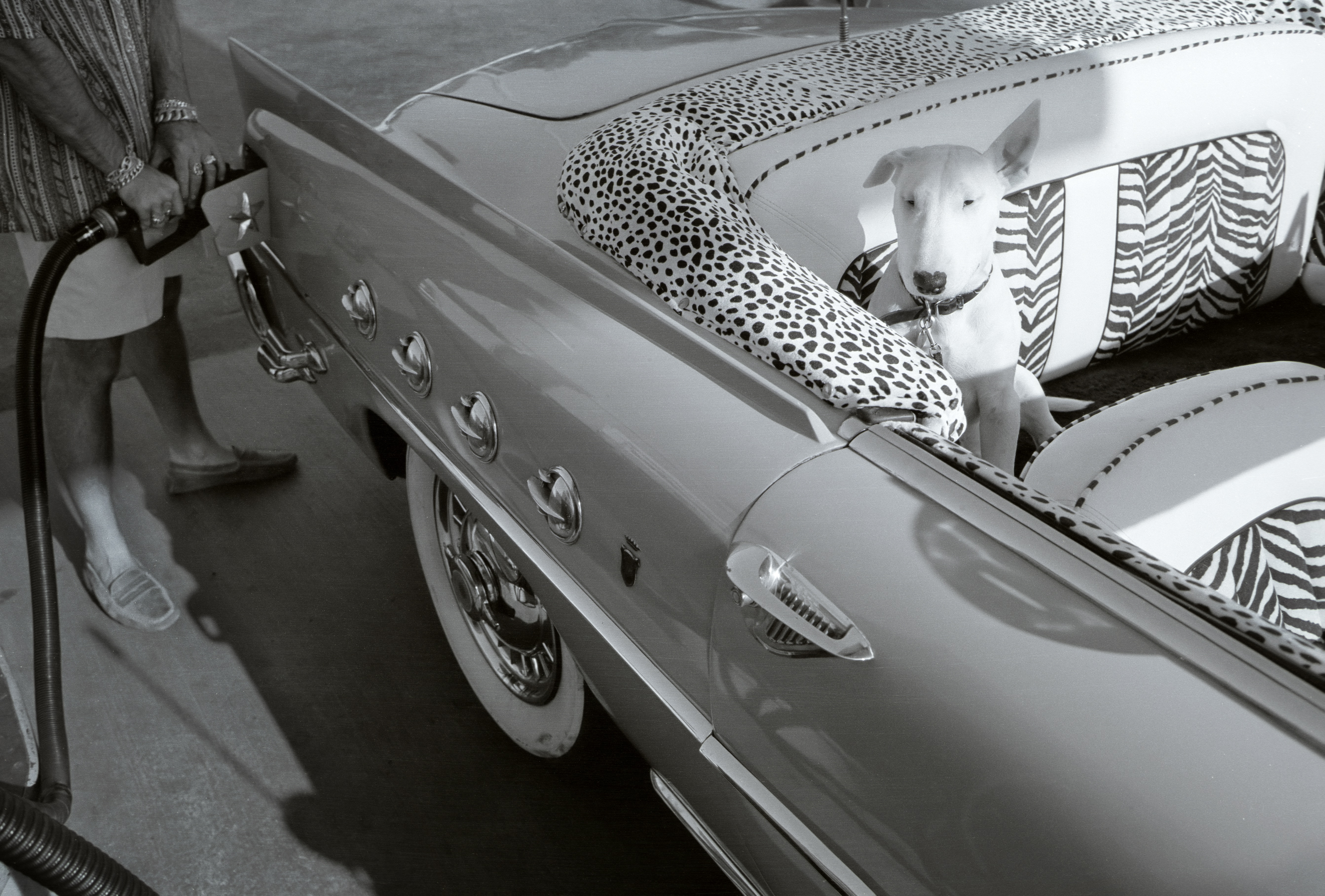 People have been practicing street photography for practically as long as there have been cameras and streets. Although its popularity has risen, fallen, and risen again over the decades, street photography has never disappeared completely. Some might say that with the rise of mirrorless cameras street photography is as popular as it has ever been. So, while we’re not suggesting you drop everything and hit the streets, we do want to show you why so many photographers love street photography—and why, if you’ve never done it before, you might want to try it for yourself.

Here are the top five reasons to try street photography…

1. It’s Easy to Get Started

What better and easier time to practice street photography than now? Cameras are built into cell phones that anyone can carry everywhere, all the time. Dedicated cameras are available in practically every size, weight, and configuration you like at a wide range of prices. Better yet, all you really need is a camera and a lens. Anything else is not only optional, but often a hindrance.

Most cameras have the ability to handle focus or exposure automatically. Is the image a little too light, too dark, or blurry? You’ll be able to tell immediately, and depending on what type of camera and settings you’re using, correct the exposure after the fact. You can shoot literally thousands of images and store them on something that’s not much larger than a postage stamp.

Once you have all the basic equipment you need—camera, lens, memory card, computer, software,etc.—the incremental cost is practically nil. That’s important when you’re practicing an art where even the best photographers take a large number of images in the pursuit of cap-turing that one fascinating moment. As for access to subject matter, I’ll grant you that it’s easier to practice street photography if you live in a bustling metropolis than if you live in the wilderness. That said, roughly 80 % of the American population now lives in or near urban and suburban areas. Subject matter is close at hand, available for free, and,for all practical purposes, inexhaustible.

Although it has never been easier to practice street photography, producing excellent photographs is a challenge. Your subjects and everything around them will either be in constant motion or likely to move without warning. The light is constantly changing. Just when you need your camera to obey your will, it may decide it has a mind of its own. The only thing you have any real control over is how to frame the shot and when to release the shutter.

For some personality types these conditions will be enough to drive you mad. You would probably be much happier in a nice, clean studio that lets you control every aspect of an image to your heart’s content. For others, this unpredictability and serendipity is precisely the attraction. You never know what you’ll see or what to expect. Every day, even every moment, is an adventure. Somedays you can spend hours on the streets and come home empty-handed. Other days you’ll find one amazing photo opportunity after another. What makes it all worthwhile is re-viewing an image you just shot and discovering that you have captured a moment in time and space that would have been impossible to imagine, much less anticipate.

3. It Improves Your Technique

It’s one thing to be able to nail your focus, exposure, and color balance in controlled lighting situations, when your camera is mounted on a tripod. It’s quite another when the quality, contrast, source, and direction of the light can change from one moment to the next. Second chances are rare in street photography. This helps develop a strong incentive to refine your technique to the point that you can instantly adjust to whatever lighting and subject you’re faced with, get the shot by whatever means necessary, and pull success from the jaws of failure.

No one knows better than the dedicated street photographer how impermanent life can be. People grow older. Fashions change. Old buildings disappear, and new ones take their place. Things happen on the street that will never happen the same way or look the same way again, if only because you can’t live the same moment twice. Documenting the world around you is one of the most effective ways you have of looking back into the past, remembering, reliving, and maybe even gaining a fresh perspective on life in the present.

Street photography is not purely documentary or photojournalistic, however. When done well, there’s a strong element of individual style and artistic statement. It’s because of Eugène Atget that we can see the streets of Paris in the unsentimental, de-romanticized way he saw them. It’s because of Henri Cartier-Bresson that we learned to appreciate those spontaneous yet ambiguous “moments-between-moments.” Elliott Erwitt showed us life at its most humorous and absurd. Diane Arbus invited us to look at people we would normally turn away from. Saul Leiter proved that not only was it possible to produce street photos in color, it could be done with artistry. Whatever you photograph will show the people who view your work how you see the world and what you considered important enough to document.

There’s a certain satisfaction that comes from taking on a goal and, despite the challenges, reaching that goal or even surpassing it. There’s also the satisfaction you get from pulling off one of those once-in-a-lifetime shots; the type that can make a whole week of coming up with nothing seem worthwhile.You might even occasionally feel the satisfaction that comes from having other people praise your work. Actual fame, or even just wide recognition, will be hard to come by.

Only a small percentage of photographers are skilled enough and have a large enough body of work to merit serious attention. Of those, the few who are “famous” are well known only among other photographers and collectors. Few street photographers are well known among the general public—which is fitting. Imagine how difficult it would be to practice an art that requires you to walk among people without attracting attention if you were truly famous.

These points and photos were taken from Street Photography by Gordon Lewis. You can check out his full book here!