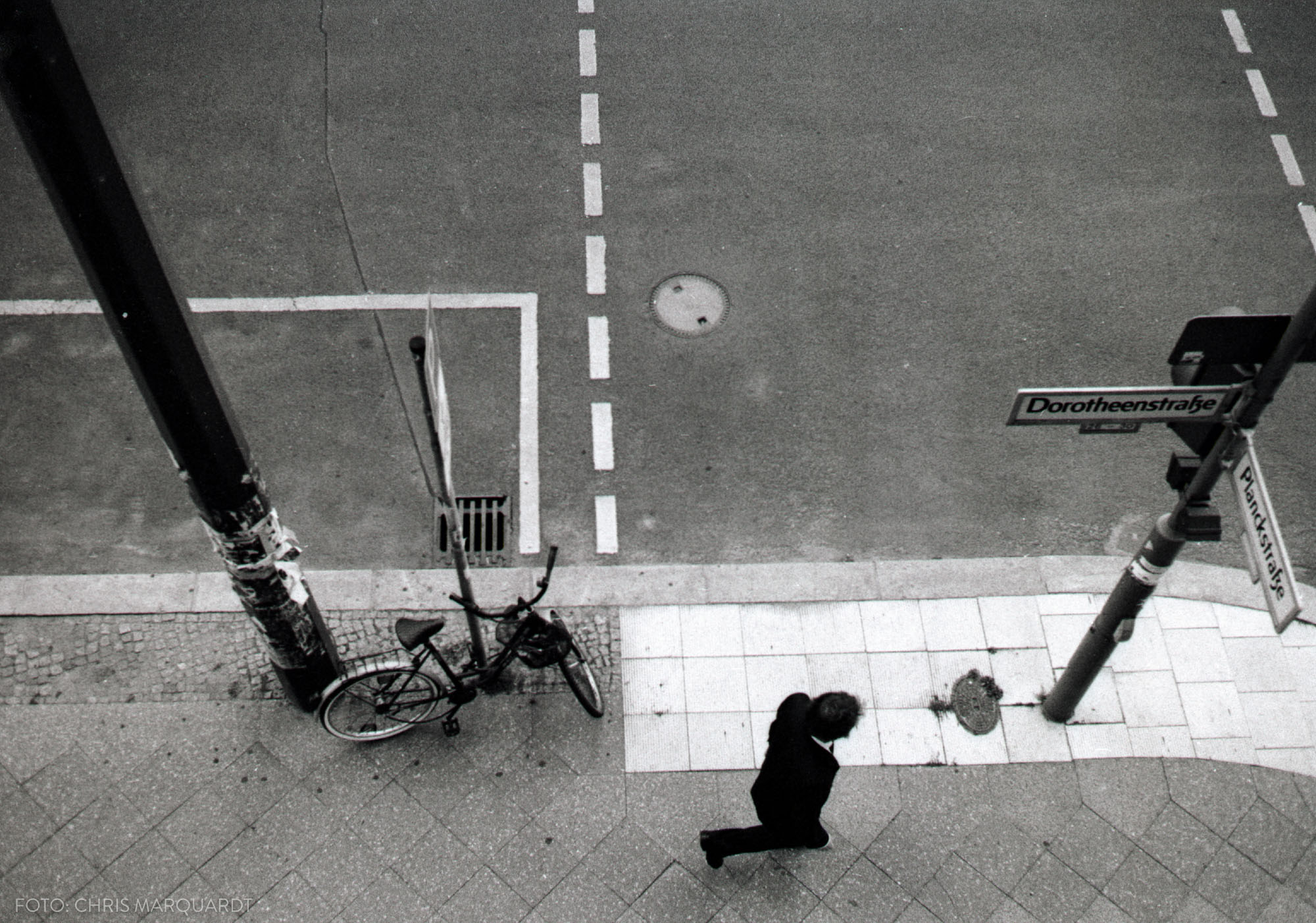 Since a young age Chris Marquardt, co-author of The Film Photography Handbook, has immersed himself in the art and craft of photography. This week, we chatted about his foray into film, the pros and cons of the medium, and of course, how he’s remained inspired after all these years.

How did you get into photography, particularly film?

I’ve been pressing buttons on cameras since I was little but I started to become more serious when I bought my first SLR, a Minolta X700, at the age of 14. Photography has been a wonderful exploration ever since. When digital SLRs became more affordable around 2000, I immediately switched, but about 10 years later I realized that even though digital was an amazing learning tool, the analog side still had a lot to offer. So I dove back into film and began exploring medium format and then the larger 4×5″ large format photography.

How would you answer the often debated, age-old question of why film photography?

Where do I start? Film has managed to do something that no other medium has been able to do for me: it completely re-invigorated my enjoyment of photography. I don’t shoot film for most commercial work, but a lot of my personal photography is on film now.

There are many many answers to this question but I’ll pick three:

The moment I only have eight shots on a roll of 120 film – or two shots in a large format film cassette – every single shots becomes valuable and I put a little more effort into every single shot. This doesn’t just show in the film results. It also translates to my digital work. Film has made me a better digital photographer.

Many people might think “but isn’t great to have lots of options?” and my answer is “yes and no” – happiness research shows that too many options make you unhappy. Delaying choices won’t help either. With digital, you can delay choosing color balance (do it in post), choosing the moment (just shoot a burst), you can delay choosing the right exposure (the latitude of today’s sensors is phenomenal), you can choose the crop later (we have plenty of megapixels), you can delay choosing the frame altogether (just shoot 360°) and you can even delay choosing where you focus (lightfield technology anyone?) – You get to move decisions to the point in the future where back home you’ll sit in front of thousands of pictures and can’t make those choices anymore because there are too many of them. Film makes you decide and stick to the decision, so you can concentrate on telling stories.

The moment I load my camera with a roll of black-and-white film, I’m stuck with that decision and have to make it work with my subjects. The constraints force me to think outside the box and that translates into the way I work, no matter if with film or not.

What do you think are the biggest struggles associated with film photography?

Film photography takes time, care and trust. It has the potential to teach the photographer a few really important things, but those things can also be hurdles to someone who is used to a faster digital approach with checking a histogram and re-shooting pictures if they didn’t turn out.

If you could give one or two nuggets of advice to someone just starting out with film, what would they be?

Don’t worry, just shoot. Starting with film is as easy as picking up a used SLR for $10 and loading a cheap roll of color negative film, which is very, very forgiving when it comes to exposure mistakes. Most drug stores will happily develop film for you – they send it in to a lab and you have it back developed and scanned soon after. If you catch the film bug, there are loads of affordable used cameras out there in all sorts of formats and you’ll have a whole interesting new world to explore. I’ve re-discovered the film world 10 years ago and I still learn something new every day.

Any suggestions on what types of equipment to use? A favorite camera?

I have too many of them to really be able to pinpoint a single one. But as much as I love the larger formats and the fine mechanics of a Leica M3, I’m a great fan of old box cameras. They are super low-tech, they usually offer one single shutter speed around 1/25 sec, they completely take the tech out of photography and force you to think about subject, placement, composition and timing. For me they offer the exactly right balance between constraints and results. And the fact that they shoot at 6 x 9 cm (2.4 x 3.5 inches) means you’re filling a really big film surface – often called “the small large format.”

Where do you find inspiration for projects?

I travel lots and I love to take photographers with me and share. Different landscapes and cultures inspire me and spending time with other photographers, no matter if amateurs of professionals, always gives me wonderful inputs. The last tour took me to Lofoten in Norway and in a couple of weeks I’ll be on a ship around Greenland with 16 photographers. I’ve also produced a weekly podcast on photography (www.tipsfromthetopfloor.com) for the last 11 years, which gets me in touch with many ideas from many other photographers.

Anything cool you’re working on now?

Currently I’m preparing more photo tours. For example next year in February we’ll go back to Lake Baikal in Russia, which is the world’s largest liquid sweet water body. It holds 20% of the earth’s resources in this area, it’s frozen in winter and crossing it by car is not only a photographic adventure (the ice there is amazingly diverse) but also a cultural one.

On the photographic side I’m still working on some of my latest travel photography. I’ve also just got my hands on a brand new large format camera from Britain, the Intrepid. A bunch of very cool people have produced this wonderfully affordable camera thanks to a Kickstarter campaign. I love to support those kind of efforts as they keep film photography on people’s radar.

What can we expect next from Chris Marquardt?

My Greenland tour end of August is co-hosted by my friend Jon Miller who’s a great film-maker and will help document the tour. I’m looking forward to the results from that and a lot of it will be released online.

I am also writing again. There are two more books on the horizon that will both shed light on photography from a perspective that’s quite different from that of most other literature. I can’t tell much more right now but I’m very excited about both of them.