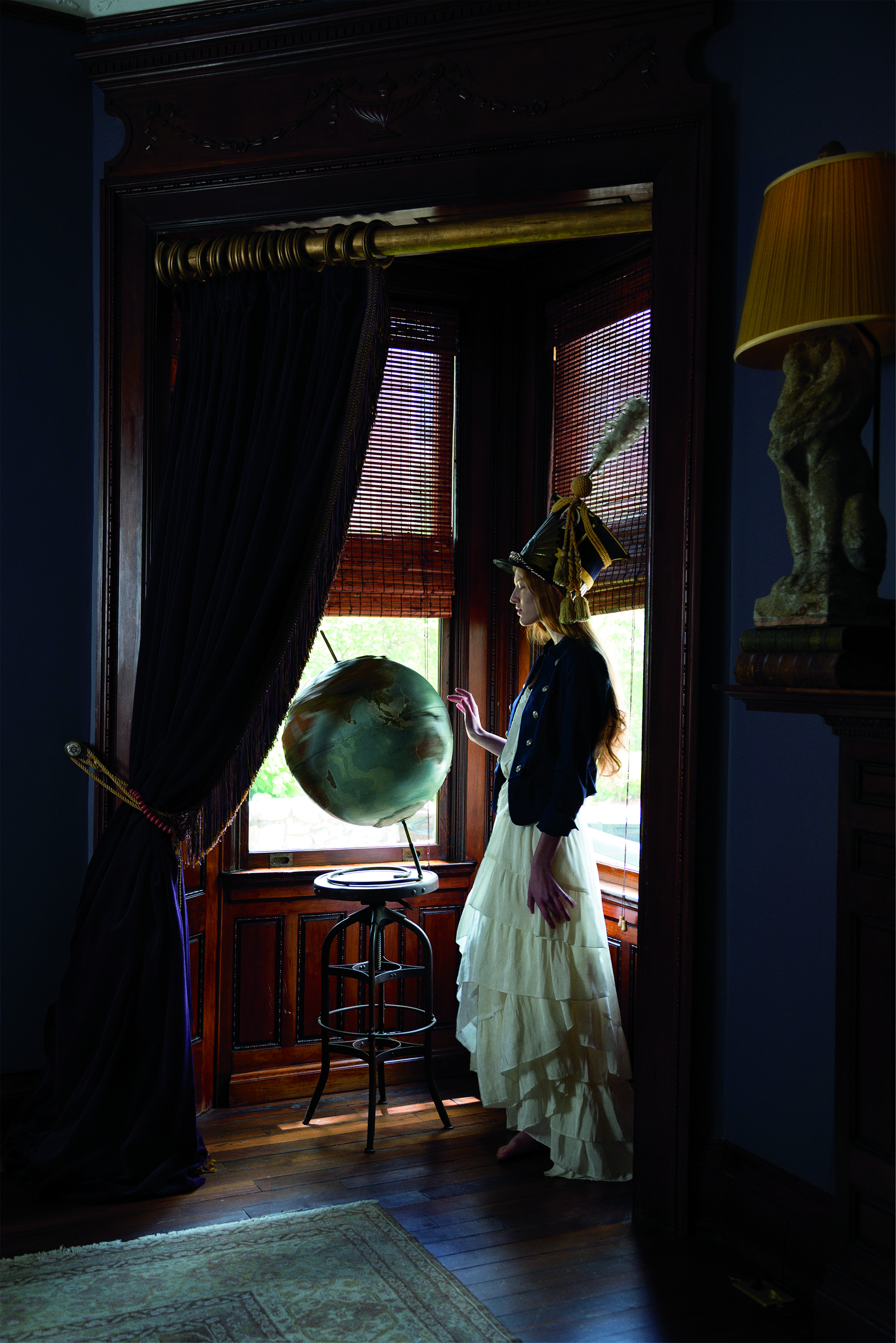 There are many things you can do to create the conditions for creativity and productivity. Although everyone is capable of being creative, reaching your full potential requires you to nurture that creativity.

People are filled with quirks and idiosyncrasies. When it comes to the creative process, the ability to embrace your own personal quirks is vital. Give yourself permission to develop an individual method of creating that works best for you. You don’t have to do things the way everybody else does them. This applies to the way you work, the art that you make, and the way you present it in the world.

The modern individual grows continually in […] awareness […], explores the world […], and questions the assumptions of the operant societal worldview rather than just blindly living life in accordance with dominant norms and assumptions.

People who are less in tune with their creativity tend to instinctively revert to rote responses when reacting to a situation, whereas those more in touch with their creativity tend to question and think independently, opening themselves to more fluid responses to new situations. Our brain is hardwired to recognize patterns and create shortcuts, which cuts down on the time spent processing, analyzing, and making judgments in familiar situations. Although often useful, these shortcuts can trick you into following well-trodden paths without questioning them or imagining alternatives, which can lead to blindly following rules and conventions that are a reality only in our mind. Before deciding that something should be done a certain way, ask yourself why. Nothing says you can’t print your pictures, burn them, sew on top of them, paint on them, then re-photograph them, and turn the resulting image into a neon sign. Rather than thinking of reasons that impossible ideas can’t be done, imagine that they must be done, and then figure out how to make them happen.

Pick and choose what works for you, and formulate your image-making process around who you are and your own personal strengths and weaknesses. Think about your individual needs, workflow, and resources. Ask yourself, “Do I work better in the middle of the night? In the morning? As part of a team? Alone? In public? While eating?” Depart from conventions, break the rules, and see where that takes you. If that means having only red food for breakfast on Tuesdays and only working during odd-numbered hours of the day, then so be it. This goes for learning, making, and marketing strategies as well.

Everyone wants to know the secret to becoming a better photographer. Here it is: If you want to be a better photographer, you have to make work. LOTS AND LOTS OF WORK. The more images you create, the better you’ll become, provided you are analytical about your images as you make them.

I used to think that to be good at something, a person had to have some natural ability. Now I understand that although innate talent is nice and may make things a little smoother in the beginning, there is truth in the old adage “Practice makes perfect.”

I wanted to be a painter when I was younger, but I was horrible at it and became discouraged. When I found photography, I thought, “Finally! I can get these ideas out of my head in a way that isn’t terrible.” After a decade-long hiatus, I recently began taking a drawing class with the new attitude that it just takes time and practice to hone a skill. The levels of improvement I have made are dramatic, and they came purely by sticking with the process, making a lot of rough sketches, and doing the exercises. Although my drawings are far from amazing, I’m enjoying the process of seeing my own learning curve arc upward over time. It has been liberating to allow myself to make work that is “really bad” without judging myself for it and without abandoning the journey.

Artists who are truly great work toward excellence in their craft throughout their lives. Instincts you may observe in an accomplished artist that seem second nature and effortless may have emerged in that artist’s life only after years of practice and repetition. Creativity is like a muscle that needs to be exercised. Don’t use it, and it atrophies. Use it, and it becomes stronger. Luckily, you can begin using your creativity at any time. Although it may be slow getting started, the more photographs you create, the more momentum will build, and the easier it will get. As a freelance artist, I regularly make my own self-directed work, so in a sense I’m always practicing and experimenting. I shoot often, and the ideas that are good I develop, and those that aren’t remain as test shoots. 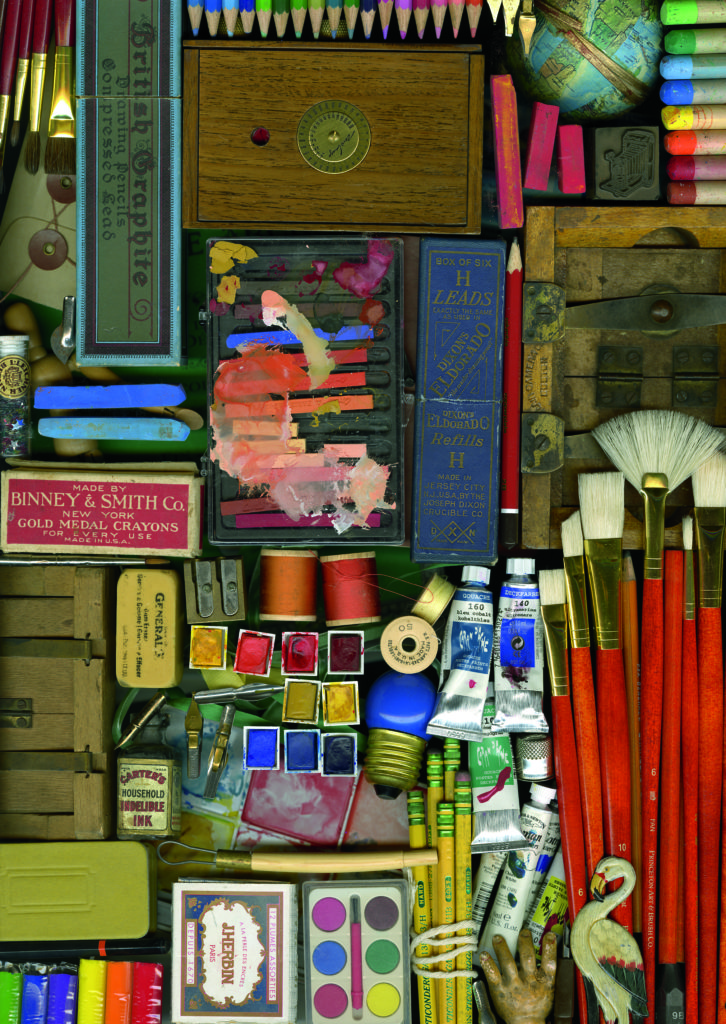 Failure is important. Photographers often feel pressure to produce portfolio-quality work with every shoot. This pressure produces so many fears: the fear of wasting your time, the fear of wasting your team members’ time, anxiety about wasted resources, the terror of being judged as not good enough. As a result, a lot of people are blocked from making work with the things that they have around them. They have built up all these ideas around what a picture has to be instead of just getting on with it and making something.

Being comfortable with failure relieves that pressure, freeing you up to make work that is more liberated. When I say failure, I’m not talking about not trying; I’m talking about instances when you tried to bring an idea or concept to life and it did not quite work as imagined. Not trying, or not taking the risk, is much worse. If you are making a picture that you know will work, you are not trying. You are choosing not to challenge yourself to try something new, and your image-making will not evolve and grow. It’s far better to take risks and to be completely okay with something falling to pieces. I guarantee that even the attempt will inform the work you make down the line. The images that I’m making now would never have been possible without some of the absolute duds I made in the past. If it helps, remember that you don’t have to show anyone work that doesn’t pan out.

For a seed to achieve its greatest expression, it must come completely undone. The shell cracks, its insides come out and everything changes. To someone who doesn’t understand growth, it would look like complete destruction.

— Cynthia Occelli
I’m not suggesting that you take the shoot-to-fail approach when working for a client. Fulfill the brief first, which is likely an image that you know how to shoot. Then, when you know you have satisfied your client, and if circumstances allow, push the boundaries and try a newer idea on set. This may not always be appropriate or possible in a commercial context. It’s vital for commercial photographers to create “personal work” throughout their careers, so they can work without the pressure of performing for a client.

Musicians and dancers spend hours and hours practicing prior to any performance. In contrast, many photographers go regularly to their performance (making work for their portfolio or an assignment) without ever practicing. I think this is a lost opportunity for improvement. Even painters and sculptors make multiple sketches and maquettes before creating their masterpieces. Because of the instantaneous nature of photography, the “practice” mindset has never been a part of the culture. Approaching a shoot as if it were a performance and practicing accordingly will refine your process and improve your concept development.

Play can go a long way toward alleviating some of the pressures and anxieties artists feel when producing portfolio work. By allowing yourself to play, you are excusing yourself from making something “serious” within the confines of traditional grown-up behavior and the rules and consequences associated with it. A state of play allows you to explore new possibilities. Simply play. Play doesn’t have a purpose beyond itself, so don’t over-think or scrutinize. The freedom and joy that come out of play has the power to recharge like nothing else. The new energy this will give your work will be apparent later. I’m not exaggerating when I say that almost all my most successful projects arose out of play.

Creativity takes time. Long stretches of uninterrupted time. Sadly, we are in such a hurry to produce, make deadlines, and maintain social-media visibility that it has affected the quality of the work we make. The downside is a collective lowering of standards and a bunch of burnt-out artists.

In Jason Fried’s TED Talk, “Why Work Doesn’t Happen at Work,” he likens work to the stages of a sleep cycle. Short bursts of time won’t do, and neither will frequent interruptions. To get to deep work, like deep sleep, you can’t simply skip ahead or start and stop. You must progress through the stages, one by one.

Typically, the first ideas that arise are the most obvious, literal, or cliché. These are at the front of your mind and are really just a jumping-off point. Given the time to think about a particular idea, it will evolve and improve—like marinating, which infuses, enriches, and creates more nuance. Thoughts become more sophisticated and complex when allowed to steep over time. I spend hours, days, weeks, and sometimes months thinking about images or projects, allowing them to fully form and come together.

Well, I must endure the presence of two or three caterpillars if I wish to become acquainted with the butterflies.

That’s not to say that ideas can’t be born and executed in a short amount of time. I have taken commissioned briefs from idea through execution in less than 10 hours. And admittedly, there is an exhilaration that comes with a fast and focused turnaround time. But I don’t do jobs like that all the time. And honestly, with more time, I believe the finished product would undoubtedly have been better.

I have shot images and filed them away for months. I return to them later, with new ideas—about how to process the picture, conceptualize the image—that change the work for the better.

Fallow time is a term with origins in agriculture. It’s the period of time prior to planting when the fields are allowed to rest, the soil’s nutrients are replenished, and the land recovers so it 115 can produce crops again. Lying fallow is important for artists, too. Giving yourself time to rest your mind and replenish depleted reserves of creativity is a necessity.

Solitude is also an important ingredient for getting in touch with your inner mind and granting it the time to process, reflect, and generate. There are times when quiet will be important. Identify the value that solitude can have for you, and work toward creating a balance between being alone and engaging with the world.

Allocate your time in stages or cycles rather than trying to fit all things in, all the time. Trying to do too many things at once can lead to doing all of them badly.

This was excerpted from Imaginarium by Claire Rosen. The eBook version is available now.