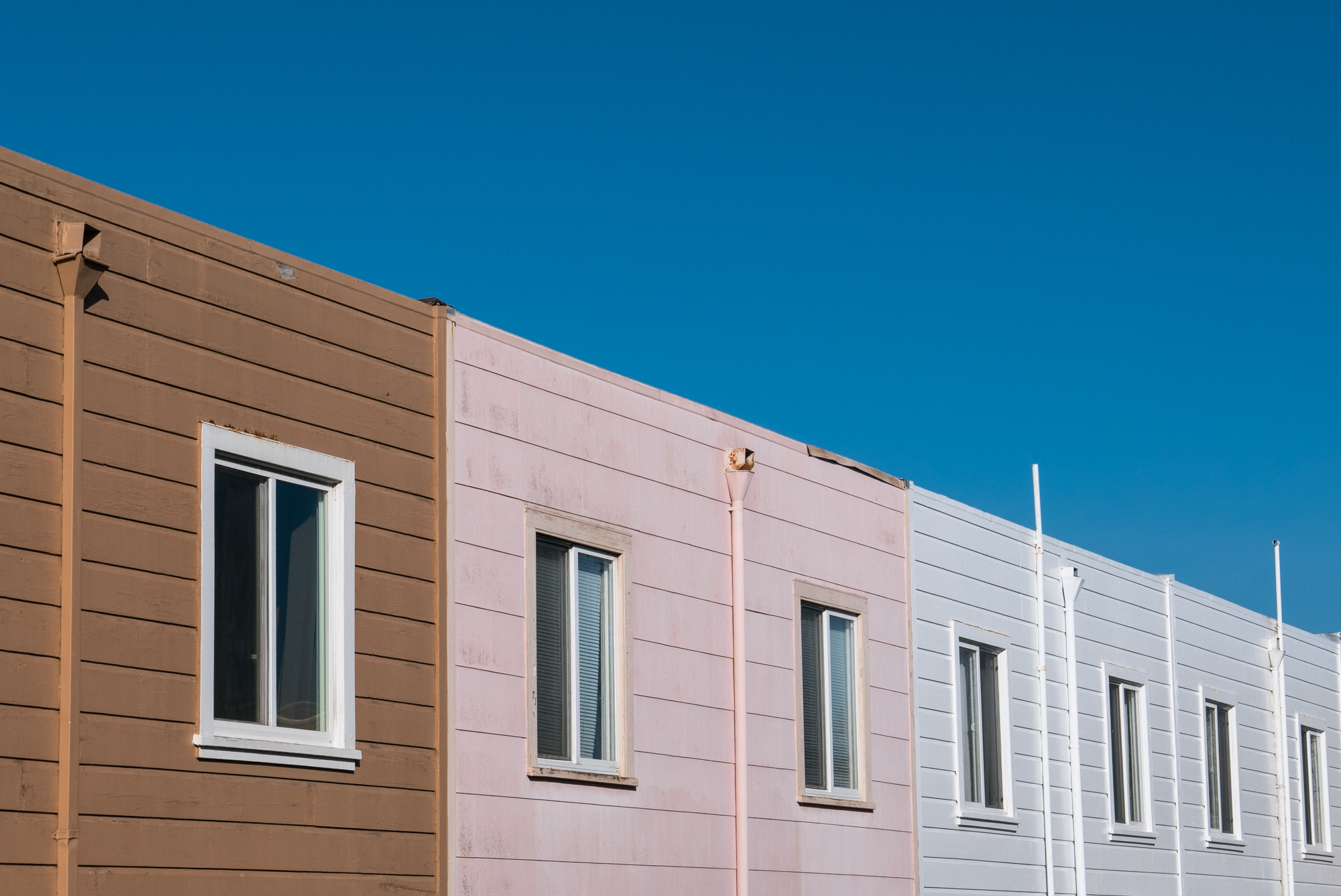 Spring has sprung, and you know what that means! That’s right, it’s time to assess how you shoot with your camera and revisit its options and function buttons to best serve your shooting style and preferences. (Or is this just something I do?)

Since my last blog post, I have continued to shoot with and love the Panasonic Lumix LX100. After using it for a couple months, I have come to understand a bit more how I approach and use the camera—and thus how I might set some of the camera’s options and buttons to best suit me. My usage and settings will surely continue to evolve, but here is a quick rundown of how I have the camera generally set up, as well as a few preferences and options I have configured that have benefited me so far. 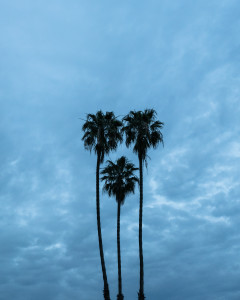 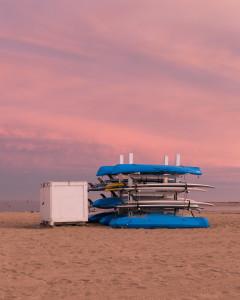 In general, I set the camera as follows:

Beyond those basic settings, when I have needed to make any other adjustments as I shoot, I have most often made those changes via the Quick Menu button. While fairly convenient, despite its name it has not been the quickest way to change settings—sometimes it can require five or more “clicks” (button pushes and dial adjustments) to change a setting. Generally I want to adjust, say, the focus mode a bit faster, so I’ve begun using the Fn1 button for that. 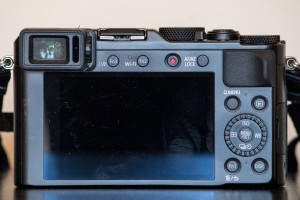 Focus and the Fn1 Button

When I first began using the LX100, I almost always stayed in 49-Area focus mode, which basically leaves it up to the camera to pick the best place to find focus. It works pretty well, and it’s great when you don’t have a lot of time to try to find focus. But when time allows, I want more control, so I tried using 1-Area focusing, which allows me to be more deliberate in picking an area for the camera to use. I ended up taking it one step further, working with Pinpoint focus mode, which I find allows a lot more control than even 1-Area mode. 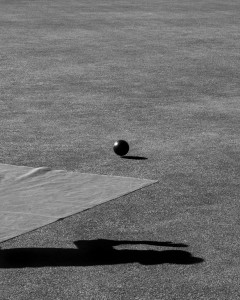 What I’ve found is that sometimes I want the quick responsiveness of the 49-Area focus mode, and other times I want the precision of Pinpoint focus mode. In order to have the ability to switch between these quickly, which I now regularly do, I have assigned the Fn1 button the “AF Mode/MF” setting. It works great. 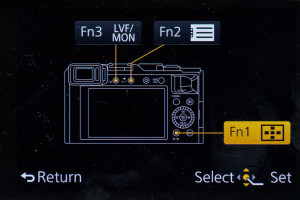 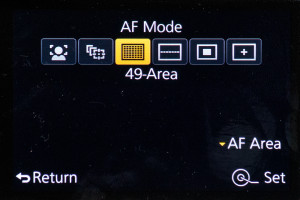 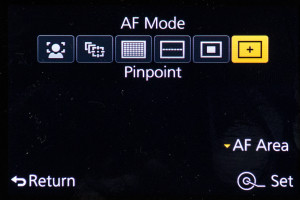 The Fn2 and Fn3 Buttons

I have assigned the Fn2 button to control the Shutter Type, which means I determine (to the best of the camera’s ability) whether the camera uses the Mechanical Shutter or the Electronic Shutter. I have read a bit about how the Mechanical Shutter is better for the majority of images, while the Electronic Shutter offers insanely fast shutter speeds. Frankly, I haven’t experimented with this all that much; I leave it in Mechanical Shutter the majority of the time. But it seems to make sense to have the ability to change this close at hand. Something else to explore.

I have left the Fn3 button set to its default “LVF/Monitor Switch” assignment, which lets me control whether I use the viewfinder or the LCD/monitor to capture and review images. Having control over that has been more helpful than I thought it would be. Being able to adjust this quickly means I have full control over when the LCD/monitor will light up with a live view or a just-captured image. This is helpful in situations where you want to shoot without calling more attention to yourself or in low-light situations where a bright LCD/monitor might bother those around you. 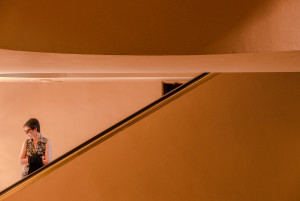 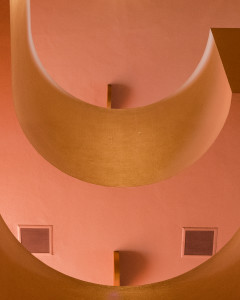 The LX100 has a zoom lens that offers the equivalent of a 24–70mm lens. This is great, but a default setting that drove me crazy had the camera resetting the focal length of the zoom back to its widest setting, 24mm, every time the camera was powered off or went to sleep. This was a bit frustrating. Sometimes when I’m shooting, I like to shoot at a consistent focal length, such as 24mm or 35mm or 50mm. To have to adjust the zoom every time I wake the camera up is a pain. Digging into the menus, I found the Zoom Resume option and turned it On. Problem solved. Now I can adjust to 50mm, and when the camera powers back up or wakes up, it goes right back to 50mm. Seems like a small thing, but it’s been very helpful. It allows me to pretend I have three different prime lenses that I can use with the camera. 🙂 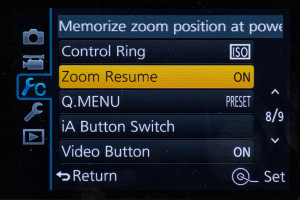 The final adjustment I have made to the camera so far is to set the Control Ring to adjust the ISO (when not manually focusing). Given that the camera does not have a dedicated ISO button (the ISO button on the Control Dial doesn’t work when using that dial as a way to determine the focus area, as I do). This Control Ring performs double duty—when in Manual Focus, it is used to find focus. But when I’m in an autofocus mode, this Control Ring serves as handy access to a quick change of the ISO. While I generally have been leaving the ISO set to Auto ISO, when I am shooting in light that is not fluctuating wildly I sometimes want to set it to a specific ISO; this allows me to do that easily. With this setting, it feels like all three parts of the exposure triangle—ISO, aperture, and shutter speed—are now physically and easily at my fingertips. 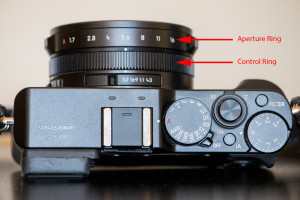 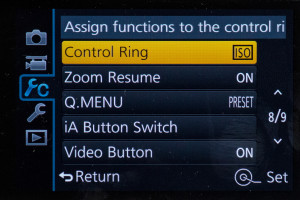 I know I’m not done “customizing” the camera yet, but this has been a good start, and I am liking the camera more and more. Next steps for me are to further explore metering modes, as well as take a look at Panasonic’s Image App to see if there are any ways to incorporate it into shooting with the LX100. I have downloaded the app and set it up to work with the LX100 (it’s quite easy), but shooting with it hasn’t yet resulted in any photos worth sharing. Perhaps another blog post is on the way….

What about you? If you have an LX100—or any other camera—in what ways have you set up your camera that has really benefited the way you shoot?