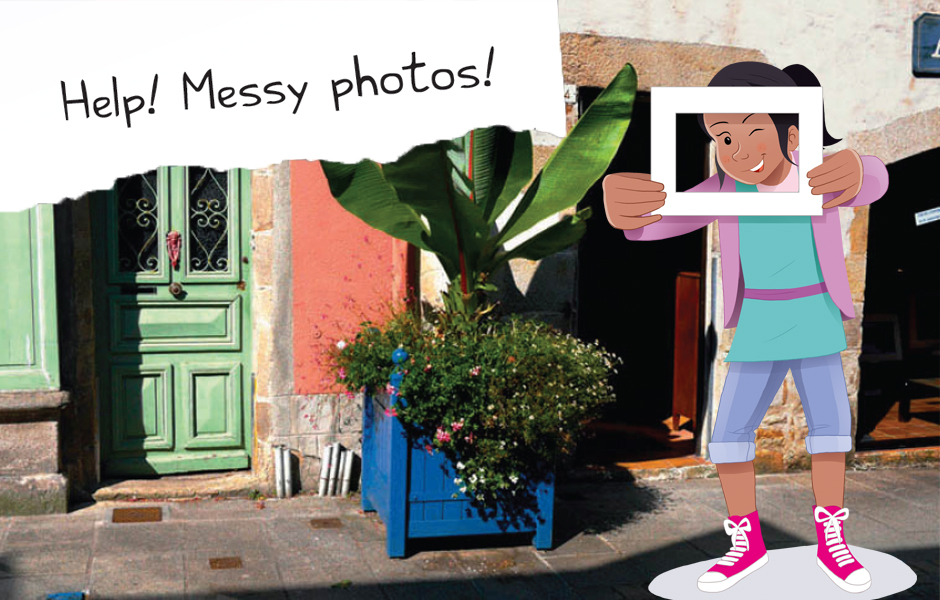 Parents! Print out or pull up this fun photo activity on your iPad or and lead your little one on a fun photography mystery! Have fun!

Everywhere you go, there are great pictures waiting to be made! We just need to find them. Framing is one of many strategies that can help us in our quest to capture fun and meaningful images. Let’s see how we can put this strategy into action. 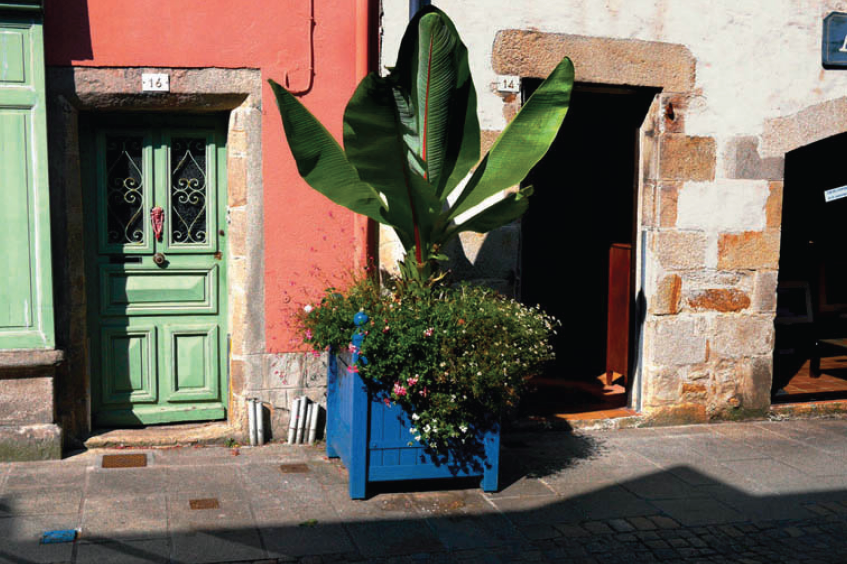 1. What do you think I was trying to show when I took the picture?

2. List absolutely everything, every single thing, that you see in the picture, including pipes, strings, and anything else. Try not to leave anything out.

Don’t you think there are really just too many things in this picture? What a hodgepodge, and what a chore to have to list everything!

In fact, what I wanted to photograph was the pink figurine on the green door (did you notice it?), but I don’t think that it worked very well.

I wanted the figurine to be my subject—that’s what we call the part of the photo we are most interested in. But in this picture, you barely even see it!

Well, let’s not get discouraged; instead, let’s review where we are at the beginning of this investigation.

3. From the following sentences, choose three clues that the picture allowed you to collect:

Check your answers below!

The Fight Against Messy Photos

When you try to show too many things in a picture, you don’t end up showing anything really well. The interesting elements are lost in the middle of everything else.

I call these kinds of pictures “messy photos.” And you will have figured out by now that messy photos are our enemies!

Fortunately, choosing our subject well and letting it be the center of attention will help us to fight the hodgepodge. So this is an important strategy to remember: in order to take a successful picture, first choose your “starring subject”!

Decide which of all the things you see is the most interesting element and make it the star of the picture. Your starring subject needs to be cool and you have to be able to see it well in the picture.

Now look at the new picture that I took of the little figurine! 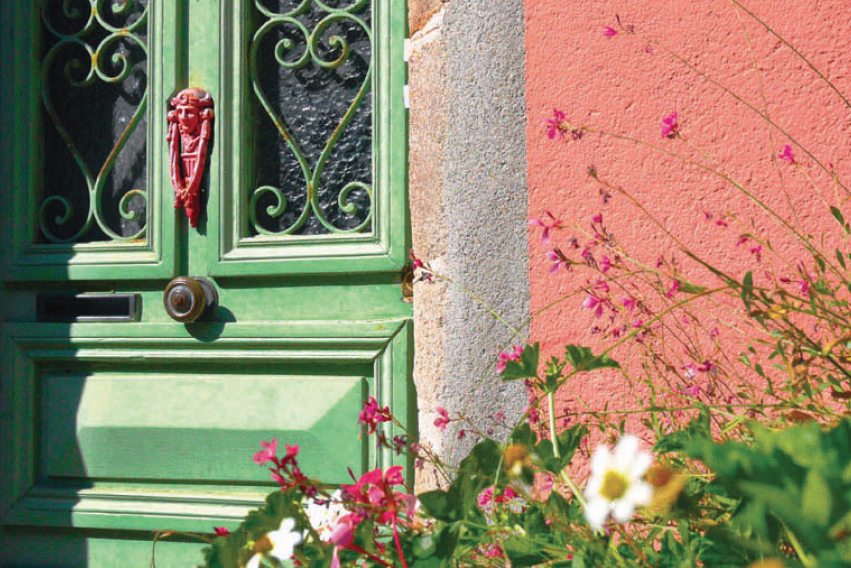 This picture is much nicer because I kept only the most important elements.

4. Which of the following elements did I decide to keep in the picture?

Whew, it’s nice to have a little bit less of a jumble, isn’t it? And now you can see my starring subject!

Now it’s time to go off and find the stars of your own photos! Have fun!

1. The main thing that you see is the banana plant and the houses, right? Me too.That’s really annoying because as a matter of fact, what I wanted to show was the little pink figurine on the door.

2. Oh boy, there are so many things! In this picture, I see: a banana plant, a blue flower planter, pink and white flowers and their green leaves, a stone wall, a pink wall, a green door, part of a green shutter, the number 16, a cable on the pink wall, some pipes between the green door and the blue planter, the stone frame around the green door, a gutter between the two houses, the number 14, a large stone above that door, a piece of furniture that you can sort of make out through the open door, part of a blue sign at the very top right of the picture, the ground with a shadow on it, a small blue drain cover and three other brown drain covers, and I’m sure there are lots of other little things that I have left out! Phew!

4. I only kept four things: the flowers, the green door, the figurine, and the pink wall.