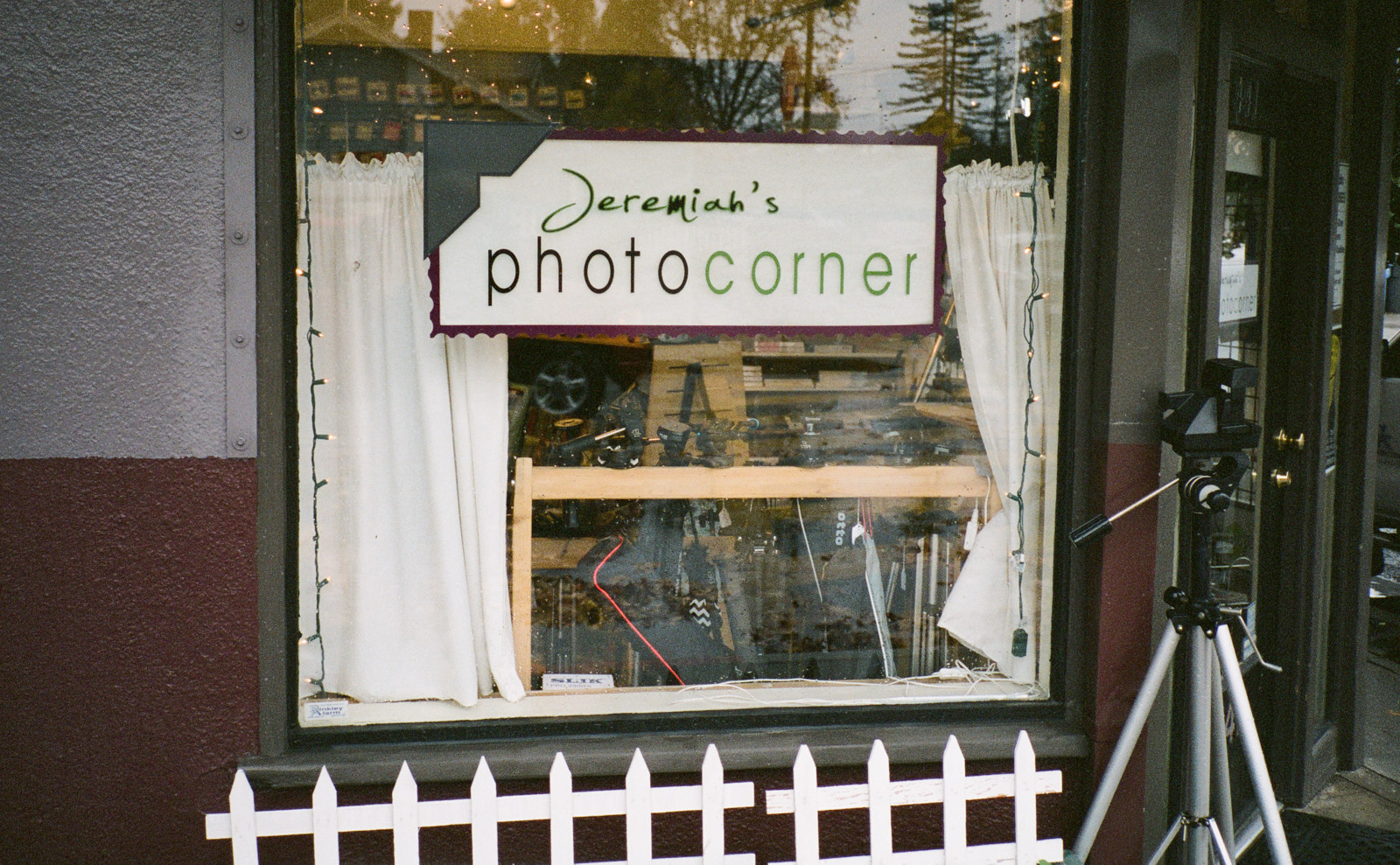 A lot has happened with The Film Project since I first wrote about it in December. My goal was to see if analog photography could help me improve my digital work. But what’s happened is that it’s reenergized my creativity in all areas.

There’s a reason why I refer to this as a “Project.” It’s not just putting a roll of 35mm in an old camera every now and then and firing off a few frames. I’ve thought about every step, and as a result, a ritual has emerged that feels really great.

I chose this image of Jeremiah’s photocorner for a reason. It was captured with a Contax T2 on Fujicolor Pro 400H, vintage 2007. When I have a roll ready for processing, I ride my bike 3.5 miles south to Jeremiah’s to drop it off for processing. Lab pickup from there is once a week on Thursday afternoons, time undetermined. Processed rolls are returned the following Thursday. 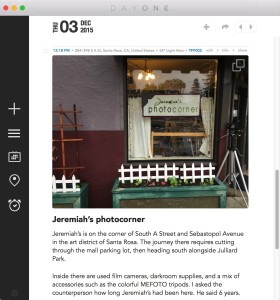 Until the next week when I ride back to the photocenter to retrieve my work, I have no idea about the quality of the shots. This is so different than instantly reviewing an image on the camera’s LCD after capture.

To help me cope with this time shift, I’ve started a journal using Day One on my iPhone. When I capture the analog shot, I also record the scene with my iPhone and include it in the journal. This provides me with valuable metadata such as weather conditions and location. I can write my notes, including which analog camera I used for the shot and its settings.

These journal entries have become almost as important to me as the film itself. I’ve never kept a photo journal before, and it’s wildly rewarding. Even looking back at last month’s activities reminds me of how cool of a life I enjoy.

I’m heading to Austin next week for a photo assignment. I’m also taking a Contax G1 with 28mm and 90mm Zeiss optics. I’ll file the next installment of The Film Project after I return. In the meantime, you may want to peruse Scanning Negatives and Slides, 2nd Ed by Sascha Steinhoff. Might be a good way for you to revisit your film roots by starting with work you’ve already done.