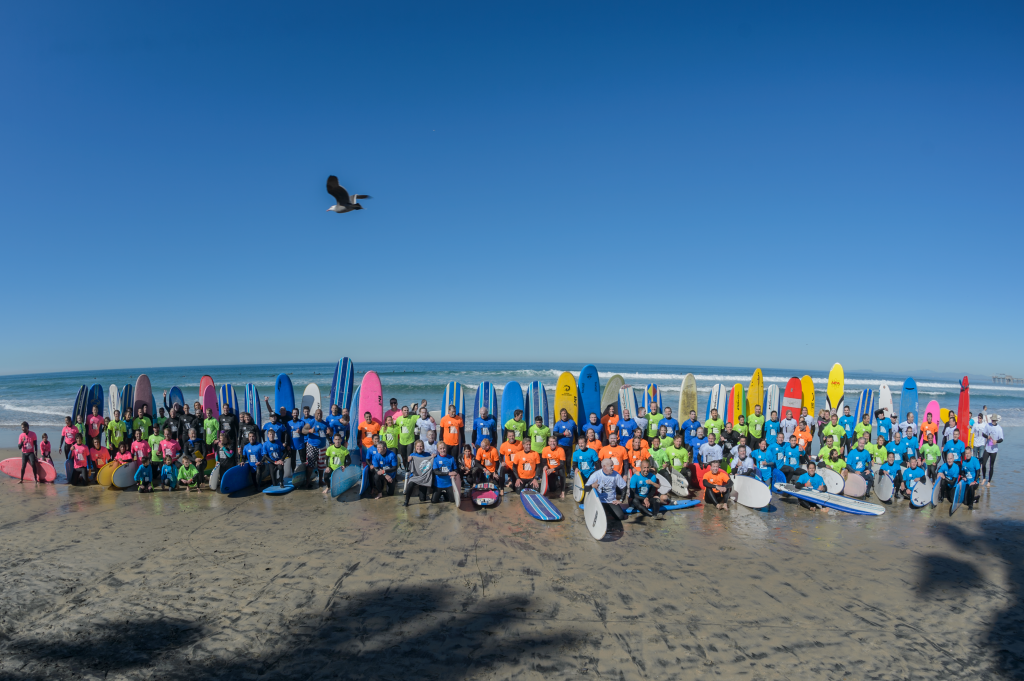 Figure 7 In this huge group, some people are not looking at me (or even anywhere close to my direction). I made sure my focus was in the middle of the group and used a very deep depth of field to make sure everyone was in focus. The seagull flying overhead was just luck.
1/250 second; F/11; ISO 400

This blog post is excerpted from the book Make Great Photos by Alan Hess.

The challenge with photographing people inside is the potential lack of (or poor quality of) light. You either need to have natural light coming in through a door or window, enough available light from lamps or overhead lights, or you need to bring your own light. Many times an indoor portrait can use a combination of available light and some flash.

Lens: When shooting inside and using a flash, remember that the flash has limited power and won’t reach the subject if you are not shooting from too far away. Also, the flash is on the camera, so when using a long lens, the farther away you are, the smaller the light source of the flash becomes; thus, the harder the quality of that light. Many of the indoor portraits I take are shot using a 24–70mm lens, and I try to stay closer to 70mm (Figure 1). Exposure mode: I use aperture priority mode with a deep-enough aperture to get the person in focus. I will increase the ISO so that the flash doesn’t have to work so hard. Here are some other tips to help with indoor portraits: 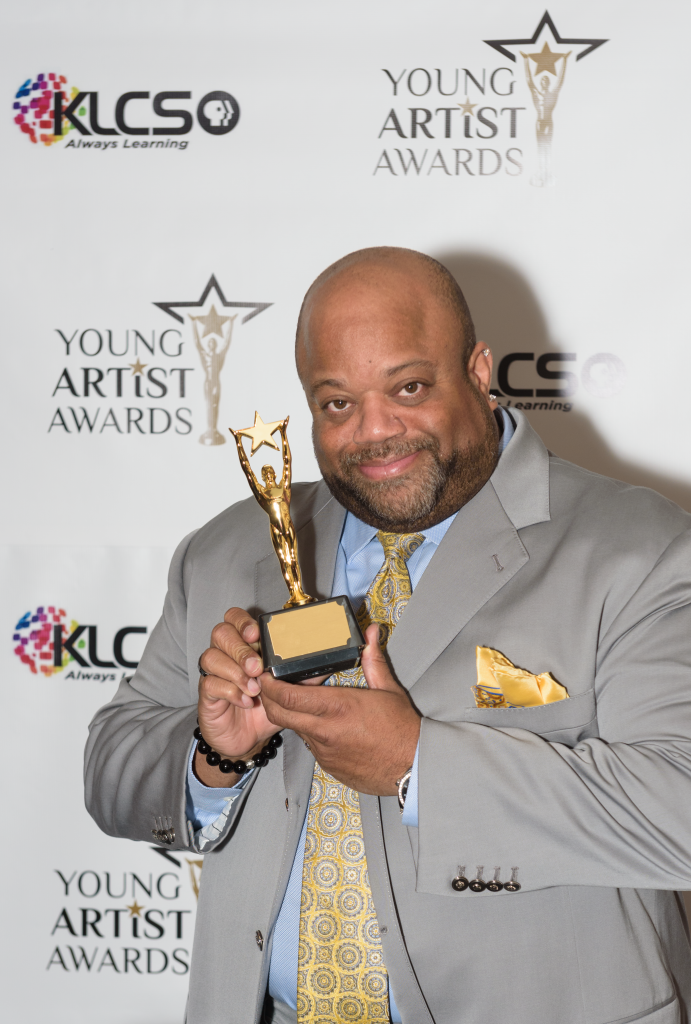 Figure 1 This photo of actor Mark Christopher Lawrence was taken with the camera flash. While the light isn’t very hard, it isn’t very soft, either. This is due to the small size of the flash and how close I was to Mark when I took the photo. 1/180 second; F/5.6; ISO 400

Figure 2 It’s always great to photograph someone who has just won an award. For this photo, taken during a large conference, I looked for a backdrop that would give some meaning to the photo. I aimed the flash over the subjects’ heads and bounced the light from the ceiling. 1/125 second; F/5.6; ISO 1600 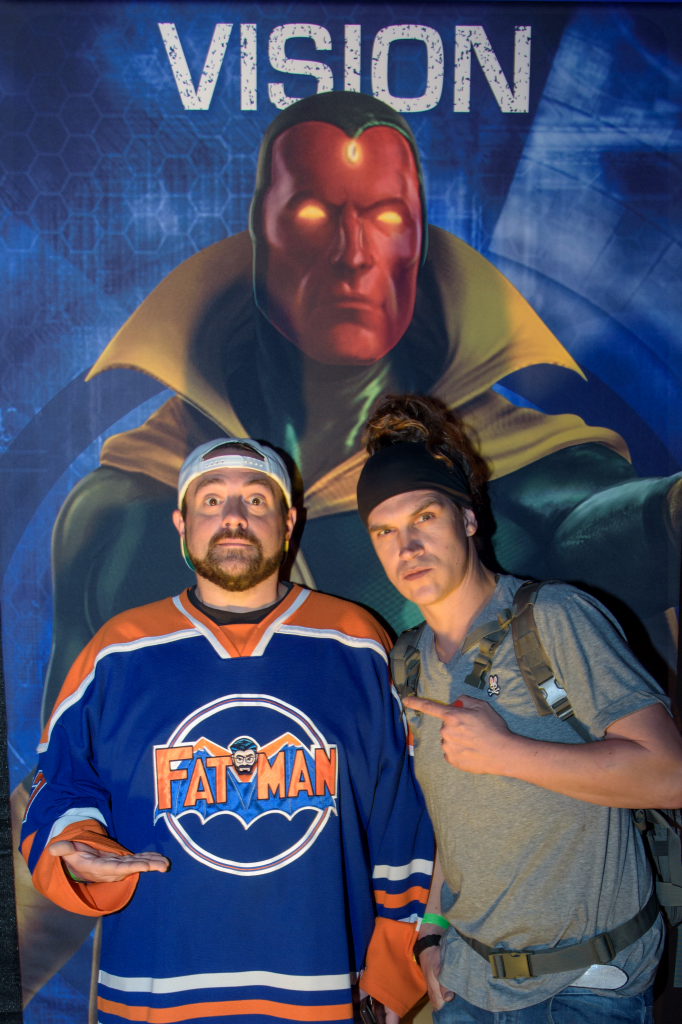 Figure 3 This portrait of Kevin and Jason was taken during their appearance at a comic-based event. This photo is lit with a combination of the different types of lighting in the room, including the lighting used to illuminate the poster they are standing in front of and some fill flash from the speedlight on my camera. I had to be careful to only use partial power on the flash so the photo wouldn’t be overexposed. I used spot metering on their faces combined with aperture priority and reduced the power from the flash to 1/4. 1/80 second; F/6.3; ISO 800

Photographing outside can be a lot easier than photographing inside because of the availability of light.

The issue outside, however, is that there can be too little or too much light. The best time to shoot portraits outside is when there is cloud cover that diffuses the sunlight. But if you plan to shoot outside under clear, bright skies, make sure your subjects are in the shade (Figures 4–6). 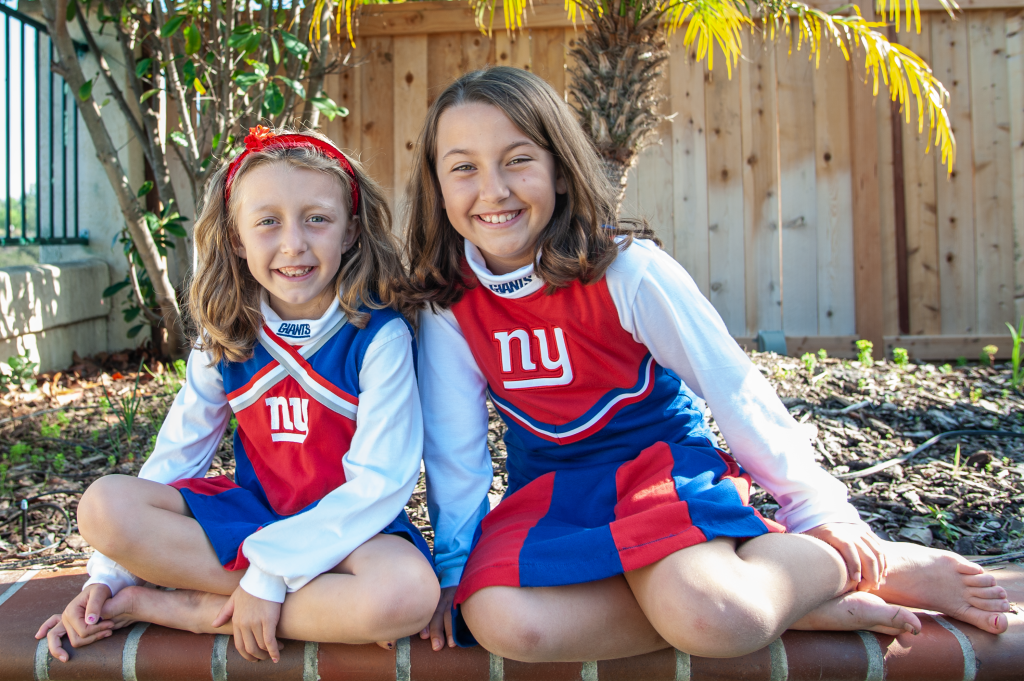 Figure 4 I photographed these sisters in the shade of a tree in their backyard. To help with the light, I had an assistant hold a diffuser so there were no bright spots from the sun. I used matrix metering and put the focus spot right on the eye of the sister on the left. 1/125 second; F/4.5; ISO 200 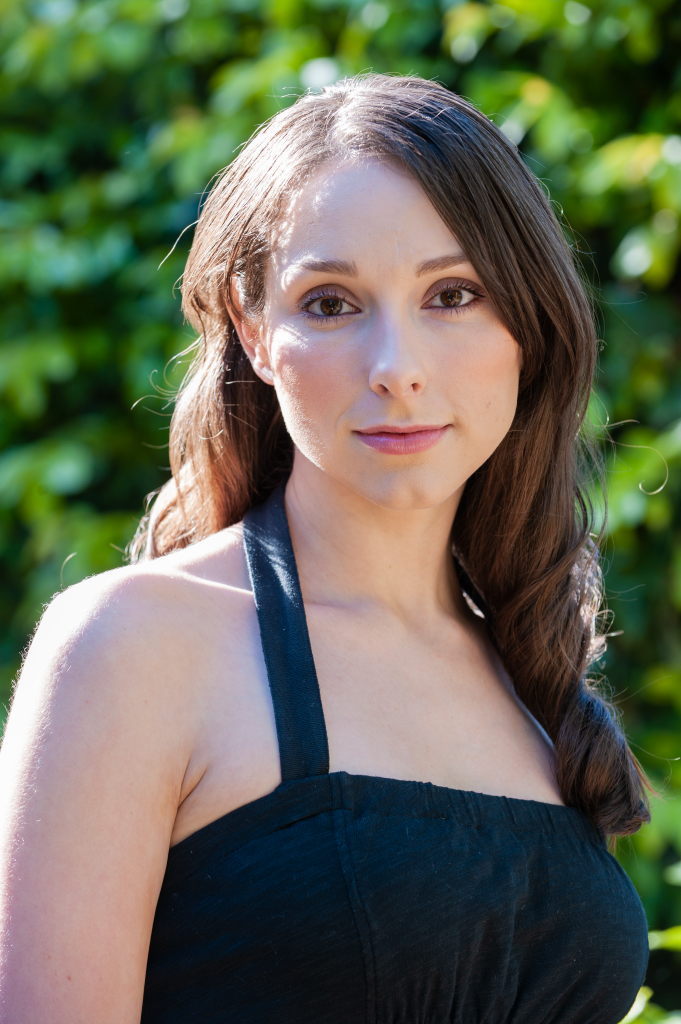 Figure 5 Photographing Mia in the local park was tough because it was the middle of the day and there were no clouds in the sky. I placed her as close to the hedge as possible and used a shallow depth of field to get this portrait.
You can see the setup in Figure 6
1/200 second; F/3.2; ISO 200 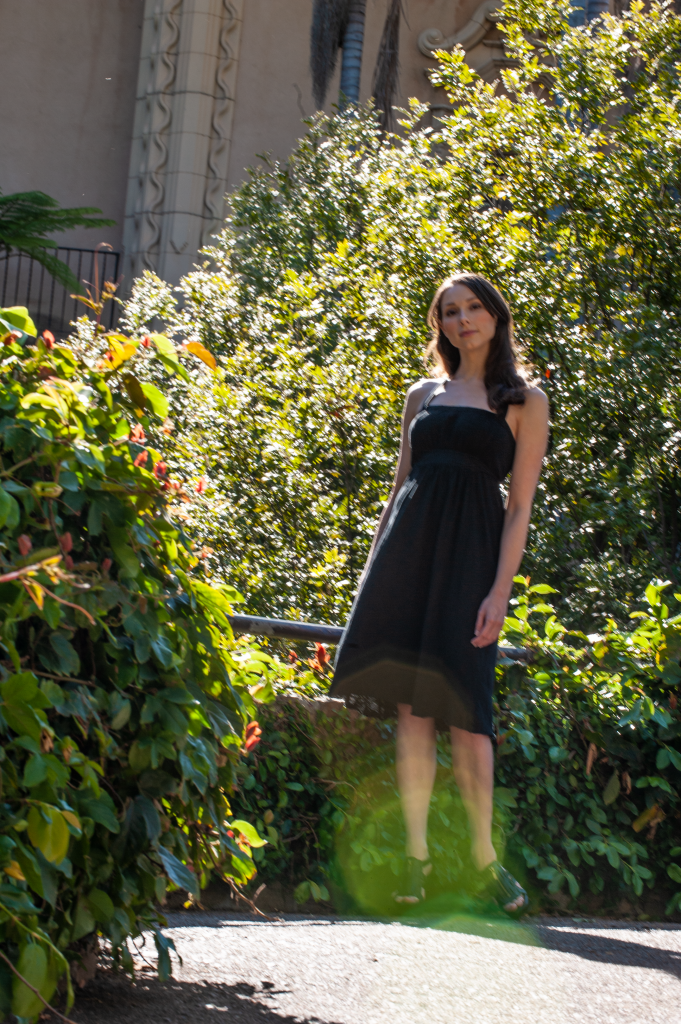 Figure 6 Here, you can see how bright the day was and where I placed Mia to get the best results.

A group portrait might be the most difficult type of portrait to take due to human nature. It is very difficult to get everyone looking at the right place with the right expression at the same time. The more people in the group, the more difficult it becomes.

Figure 7 In this huge group, some people are not looking at me (or even anywhere close to my direction). I made sure my focus was in the middle of the group and used a very deep depth of field to make sure everyone was in focus. The seagull flying overhead was just luck.
1/250 second; F/11; ISO 400 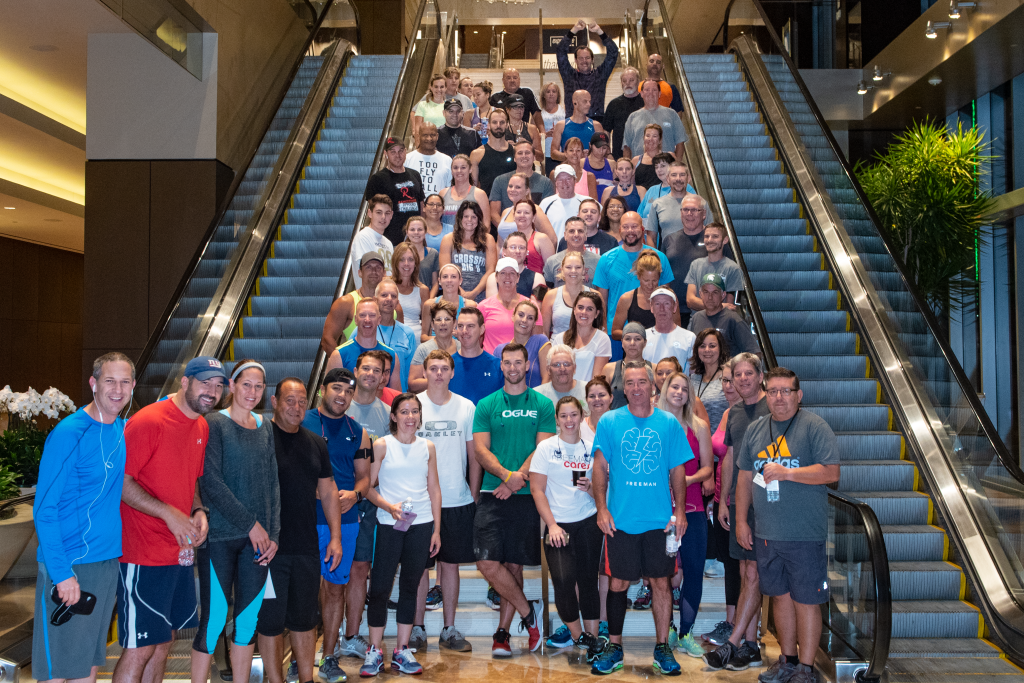 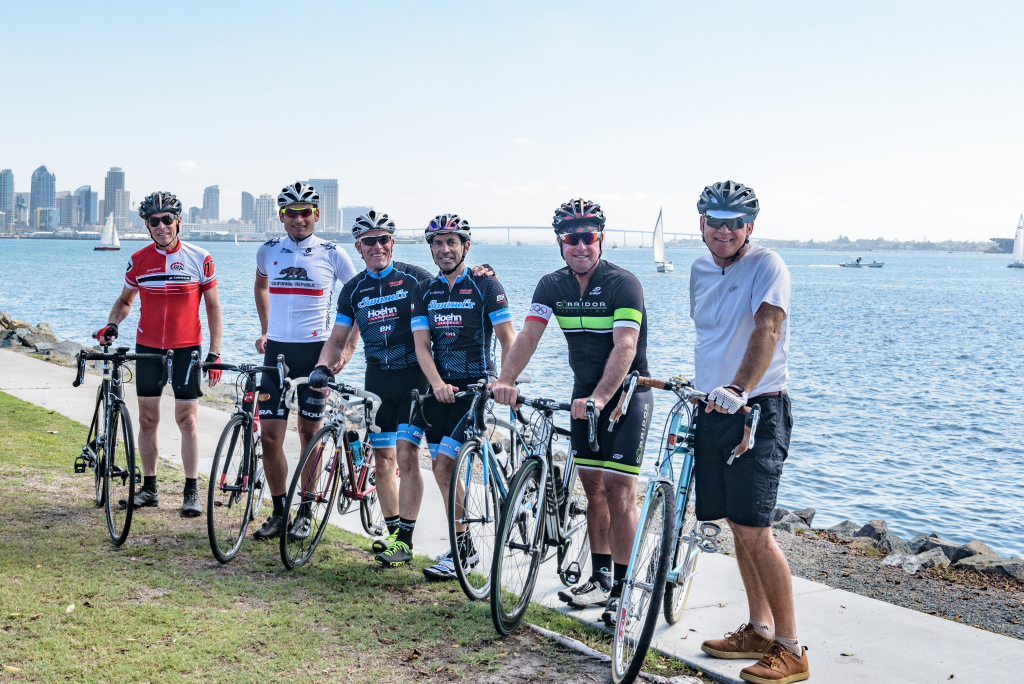 Figure 9 A smaller group shot outside after a ride. I had to make sure that they were all in focus and that the bright sky didn’t cause the shot to be underexposed. When you have an area of very bright sky, the camera will try to compensate by making it darker, and in doing so, will make the subject darker as well. I added a touch of flash to create a more balanced exposure.
1/200 second; F/10; ISO 640